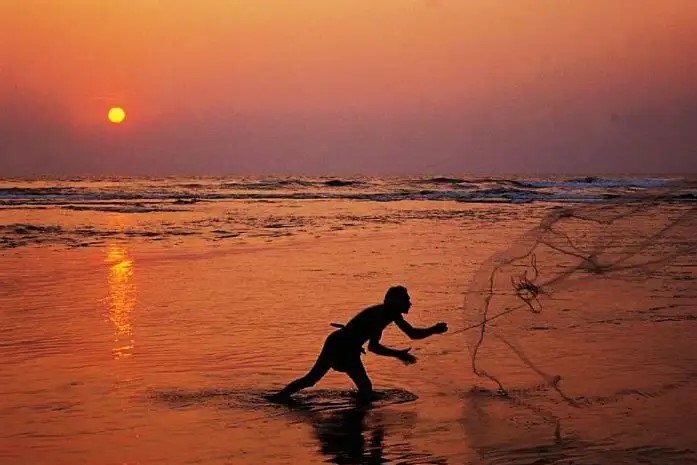 Are you craving to take a break and run away from the madding crowd? If yes, then it’s definitely time to take a break from the monotonous life and go wander into the many unexplored places in the picturesque setting around the city of Chennai.

Chennai has emerged as one of the best locations for IT companies and several other companies to prosper.

While we provide a quick list of unique and offbeat Chennai getaways, get ready to pack your luggage. You will soon feel renewed, energized, and ready to start enjoying your work and your usual routine again.

If you would like to travel safely, comfortably, and at an affordable price, it is best to book bus tickets through ZingBus.

Make sure to have fun at the below-mentioned places:

A quick trekking trail leads to Nagalapuram Falls. It is situated in Andhra Pradesh’s Chittoor District. The 4-kilometre-long trekking path can be finished in a single day. The Nagalapuram Waterfalls trekking trail is graced with breathtaking views of rolling hills covered in greenery. The hike includes three waterfalls, and each one provides visitors with a distinct and unspoiled vista.

Additionally, two things make Nagalapuram well-known: the Sri Vedanarayana Swamy Temple and the trek to the Nagalapuram Falls (also known as Saddhi Koodu Madugu). This is one of the most well-liked hiking locations nearby Chennai and one of the best weekend escapes from Chennai.

Talakona is located in the Indian state of Andhra Pradesh’s Tirupati district. It is a resort with wildlife, thick forests, and waterfalls. The Telugu words “tala” (which means head) and “kona” (which means hill) are the roots of the word “talakona.”

This hilly, forested region is a component of the massive Eastern Ghats. Talakona is one of the intriguing alternative escapes in Chennai thanks to the canopy rope walk, which is pretty thrilling.

Hindus worship Nataraja, Shiva’s incarnation as the Lord of Dance, in the Thillai Nataraja Temple, also known as the Chidambaram Nataraja Temple. It has a long history, and when the town was called Thillai, there was a Shiva shrine there.

The jewel-encrusted image of Nataraj is the Nataraj Temple’s most distinctive feature. The Kanaka Sabha, Cit Sabha, Nritta Sabha, Deva Sabha, and Raja Sabha are the temple’s five principal Halls or Sabhas.

In the Tamil Nadu region of southeast India, there is a hill station called Yelagiri. It is a mountainous town, that is well-known for its rock climbing.

Rock climbing is available here all year long. You can also engage in adventure sports like zorbing and ziplining.

The indigenous name for Tranquebar, Tharangambadi, translates to “country of the swaying waves.” This seaside town is found in Tamil Nadu, close to the Bay of Bengal’s Coromandel Coast.

Horsley Hills is not just a hilly area with lovely scenery,  The Chennakesava Temple of Horsley Hill, is also one of the most popular destinations to visit here.

This place is most beautiful during the winter months. The weather is still pleasant and suitable for sightseeing. December, January, February, and March are the ideal months to travel to this beautiful place.

Chettinad is a tranquil and lovely city distinguished by its spectacular temples, stately palaces, and lush beauty scattered throughout. The cityscape is dominated by modest but exquisite palaces constructed by the former Chettiars, earning it the nickname “Temple Town of Tamil Nadu.”

Chandragiri, a historical location close to Tirupati, is preferably not one of the busiest tourist destinations close to Chennai. But get ready to be charmed by the little hills and sweeping luxuriant vegetation. If you can, stay till sunset—a it’s a stunning sight from here. Additionally, the lovely Thekkil bridge is about 5 miles away.

Kadapakkam is a hamlet of the Edaikazhinadu town Panchayath, with its headquarters at the junction of Kadapakkam. It has a strong connection to Alambarai, a fishing village where a famous French Fort is situated as a popular tourist destination.

For those looking for a short day trip from Chennai to a less busy area, it is a fantastic but rather unique option. It is quick, pleasant, and requires no time off from work. A good location for a picnic with the family.

One of the best weekend getaways from Chennai is Pulicat, which is home to India’s second-largest lagoon, the Pulicat Lake, as well as a wealth of other scenic attractions.

Pulicat Lake and Pulicat Bird Sanctuary are two of the most well-known attractions among tourists. The lake at Pulicat, which draws millions of visitors each year, is thought to be the second-largest saltwater body in India.

What are some of Chennai’s well-known locations?

One of the most populated cities in India in Chennai. There are several picturesque locations nearby the city that you can explore. Tranquebar, Horsley Hills, Yelagiri, Chandragiri, and Marina Beach are a few of these locations.

How many beaches does Chennai have?

Which places in Chennai are ideal for families?

What time of year is ideal for visiting Chennai?

Before the winter and monsoon seasons, October and February is the best time to visit Chennai. Without the sweltering heat of summer, one can enjoyably see Chennai during these months.

5 Reasons Why Lodging is Better Than a Hotel

Lifepo4 Batteries: Why They’re The Best Choice For Your Next Trip

Tips And Tricks For Planning Your Trip Abroad