8 Types of Excavation Used in Construction 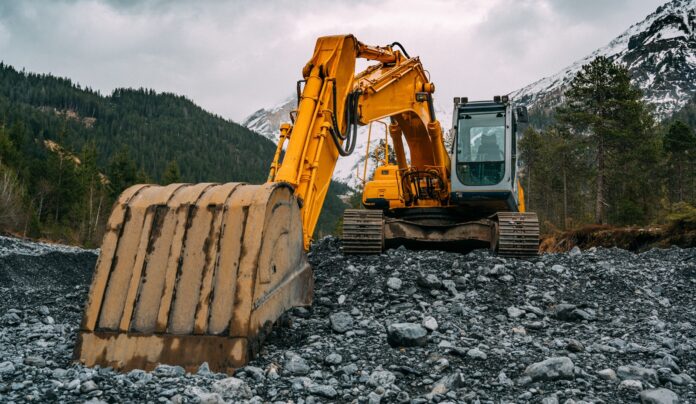 As with any major construction project, the site must be thoroughly examined and prepped before it can be used for anything from a commercial structure to a bridge or an underground utility line. Any building project would be incomplete without excavation. Workers utilize various equipment and methods to move dirt, rock, and other materials to create a hollow and prepare the site for building. Excavation methods vary widely across building firms. Excavation methods vary depending on the material being excavated and the intended application.

Excavation in construction may be categorized by material and purpose, as seen in the following examples:

The digging is characterized by the removed material, the top level of soil, and the plant and its root zone is known as topsoil excavation. This technique eliminates anything that cannot adequately support the loads placed on the structure. This covers decomposing materials, such as soil, plants, and other types of material.

An excavation of the earth may go to various depths, but an excavation of the topsoil removes the surface area on the very top of the ground, often to a depth of no more than 12 inches. The topsoil taken may be saved at the site so that it can be utilized for landscaping later.

The removal of topsoil is one of the most typical processes involved in the excavation.

This kind of excavation aims to clear surfaces, such as the rough surfaces that slow down the construction process. Rock excavation is among the most difficult compared to the other forms of excavation. This is because, to remove the rock or clear a difficult surface, it is necessary to make use of specialized equipment and methods such as drilling and blasting. Without these, it is not possible to complete the task.

Before earth or other forms of excavation can take place and building projects can go forward, drilling or blasting may be necessary to remove exceptionally difficult rocky terrain efficiently. This must be done before construction projects can move forward.

Muck, which is formed when earth and water combine, is often something that is undesired during construction and must be removed. Muck excavation gets its name from the material that is being removed throughout the process. The muck is either transferred to a different location or spread out to dry.

In particular, muck is defined as water and soil that is objectionable in some way, whether as a result of pollution of some kind or sometimes simply as a result of the high-water content, which renders a region inaccessible to travel through.

4. Excavation of the Earth

Earth excavation refers to the process of removing dirt from below the surface topsoil by excavating as deeply as is required for the sort of project you are working on. This sort of excavation is used for a range of construction projects, including the production of foundations for buildings, bridges, or other types of structures, the construction of drainage ditches or dams, and the installation of pipes or other underground services.

The debris that is removed is often stockpiled and utilized in the construction of dams and foundations. This material is known as spoil.

5. Excavation with Cutting and Filling

This kind of excavation, which is employed in construction, is also known as stripping excavation, and it is used to clean out enormous regions. The procedure entails the removal of extensive and superficial layers of topsoil, pebbles, sand, and several other undesirable items. In certain instances, the operation also involves grading the terrain.

The topsoil and dirt that is removed may be recycled and utilized as fill for embankments, raised portions, and other similar projects. It is also possible to utilize it to make a smooth texture on which to construct by “cutting” and moving pieces of the site that are raised to “fill” areas of the site that are lower in elevation.

When it comes to excavations of this kind, the length of the area being dug out is greater than its depth. Standard applications for trench excavation include the burying of utility lines, the installation of pipes and sewage systems, and the laying of foundations. This excavation method may be used to create small trenches of less than 6 meters and massive trenches of more than 6 meters in depth. The procedures that are carried out for this kind are determined by elements such as the goal, the existing ground conditions, the number of barriers, and so on.

The excavation process entails removing earth, rock, and other material from the area to make room for a basement. It is usually the first phase in the construction process, as excavated debris is moved out of the way, making a hole in the earth where a home’s basement will be constructed.

The basement excavation may also occur after the construction of a house has been completed. This kind of job is substantially more difficult and calls for an experienced excavation contractor who can dig into the dirt and take away extracted materials without causing damage to the foundations, footings, or floor joists of your structure. It is recommended that basements be excavated before any structure component is constructed since this will considerably save the expenses associated with excavation. You may read more by following this link about basement waterproofing in Toronto.

An excavation that occurs completely or partly submerged, either in shallow seas or in ocean waters, is dredging. Collecting sediments from the seafloor and moving them to another location helps maintain the navigability of waterways and ports and contributes to coastal protection, land reclamation, and coastal redevelopment. It is possible to retrieve materials that have a commercial value via dredging. These materials might be high-value minerals or sediments like sand and gravel used by the building industry.

The process of dredging consists of four stages: breaking up the material, bringing it to the surface (referred to as “extraction”), transporting it, and finally getting rid of it. The extract may be discarded in the surrounding area, transferred by barge, or delivered as a liquid suspension via pipelines.

North Construction (N.C) is a Vancouver-based construction firm located in an area that is at once surrounded by natural beauty and densely populated. We have a well-deserved reputation for taking on the most difficult construction projects anywhere in the globe and completing them on time and within budget.

Regarding creative ideas and a hands-on attitude, our customers know they can count on us. Any building difficulty may be met with the right approach, anywhere.

Whether working at the summit of a mountain, deep in a wilderness valley, or in the middle of a metropolis, you can count on us to get the job done right the first time. Everywhere we travel, you can depend on us to deliver on our promise: a dedication to progress in the areas of innovation, safety, openness, and environmental protection for all of us.

At North, we have a strong interest in the building industry. In addition, wherever we go, we construct it correctly.