Consolidated Financial Statements: Definition, Functions, and How to Make It 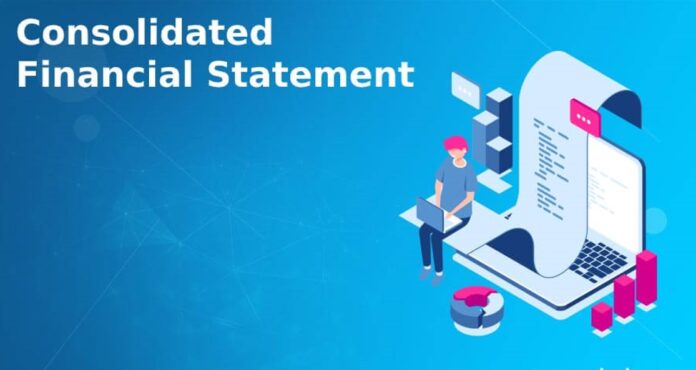 Uniquely, there are companies that have several ‘children’. The question is, can the financial statements of the parent company and subsidiaries be compiled into one entity at the same time?

However, not all companies have the right to prepare these types of consolidated financial statements. There are several criteria for companies that are considered to be allowed to prepare this type of financial report.

The first—based on the definition of consolidated financial statements previously described—companies that are entitled to prepare this type of report, of course, include the parent company that has subsidiaries and is evidenced by share ownership.

Second, the parent company must have a share ownership of more than 50% of the subsidiary.

Judging from the requirements above, if your company has not fulfilled all three, then each company is enough to make independent financial reports.

One of them, consolidated financial statements are useful for knowing the effect of subsidiaries on the development of the parent company in the long term (long term).

What’s more, consolidated financial statements are also considered more efficient for companies that have ‘children’, because the results of this type of financial report tend to make it easier for companies to read and review overall business performance.

How to Make Consolidated Financial Statements

You can prepare consolidated financial statements by using Microsoft Office Excel software or other accounting applications with the following steps:

First of all, examine the financial statements of both the parent and subsidiary companies as a whole. At this stage, you must be extra careful in order to identify errors or omissions in recording. This identification is useful so that corrections and adjustments can be accelerated as well.

Next, you must adjust each report to eliminate the profit and loss for each company.

Make adjustments to make a note of the non-controlling interest in the profits and dividends of subsidiaries.

If there are differences in fair value, do the allocation and amortization. Eliminate other reciprocal balances (such as accounts payable, income and expenses, etc.)

To learn more about debt consolidation you can read here.

Does Your Employer Offer an ESA?

Mutual funds or Equities – which are better for new investors