Does collagen lighten the skin? 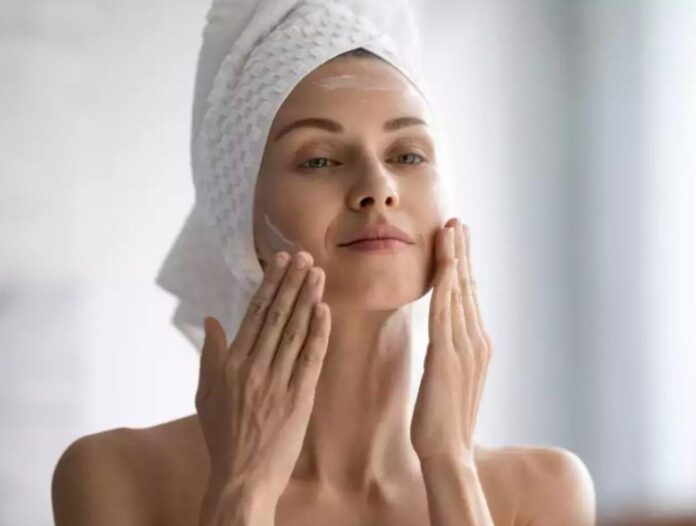 The new trend in culture these days is brutal, and I’m not just saying this to scare anyone off. People are seriously mean nowadays, especially on social media platforms. From the size of your ankles to the smallest detail of your face, you’re left wide open for the public to pick at, which can be one of the things you had never expected to experience in your life. One of the biggest things people are specifically mean about, and the chances of being pointed out are awfully high, is the darkening of the skin, especially around the armpit and genital areas. This pointing out and shaming can be one of the biggest blows to someone’s self-esteem and can even make the enjoyable hanging out at the beach into the worst nightmare ever.

Plasma pens are groundbreaking tools to help people tighten up their skin, lessen the appearance of wrinkles and sagging, and overall promote softer and healthier skin. Are plasma pens FDA approved? Check Dermavel to learn about this.

So why does darkening of skin happen?

Skin consists mainly of cells which are called melanocytes and have the ability to produce melanin, an organic dye found in the skin and eyes of most animals, working as a pigment. If your skin happens to have spots darker than the rest, then those areas are dealing with a situation that is known as hyperpigmentation. There’s no limit to the area that would be affected, and it could be in small patches, large areas, or the entire body. Although hyperpigmentation isn’t initially harmful and shouldn’t be alarming, it may be a symptom of an underlying condition or some other disease that you’re not aware of.

Different types of hyperpigmentation and recognizing them

Hyperpigmentation doesn’t only have one type that could be applied to all cases, and based on the different types and with the help of correct recognition, you might be able to figure out a health condition that you’ve been unaware of.  Melasma, sunspots, and post-inflammatory hyperpigmentation are the most common types of hyperpigmentation.

Obviously, the primary symptom of hyperpigmentation is the darkened areas on the skin, and patches that appear on the skin can vary in size and don’t have a specific pattern. They can develop anywhere on the body when the skin is irritated. General hyperpigmentation is usually caused by two major risk factors: sun exposure and inflammation. Both of these risk factors have a major influence on the production of melanin that can darken the appearance of the skin. Based on the time spent exposed to the sun and how great your sun exposure is, the size, intensity, shade, and the risk of developing hyperpigmentation vary.

Other than sun exposure and inflammation, hyperpigmentation can be induced in the form of patches due to other risk factors based on the type of disorder. Some of these cases are:

As previously stated in this article, the most common cause of hyperpigmentation is an increase in melanin production. Several health and medical conditions can be the cause of this excessive production, and various different conditions and factors play a role in altering the production of melanin in the skin throughout the body.   Certain medications along with chemotherapy drugs can be one of the main causes of someone’s case of hyperpigmentation, and the darkening of the skin is considered a side effect of these methods. As mentioned before in the past paragraphs, pregnancy and birth control pills have certain effects on hormone levels and are able to change the intensity of melanin production in some women.

There’s also another health condition that has an effect on the production of melanin, which is called Addison’s disease. This rare endocrine disease can cause hyperpigmentation, especially on the areas with the most sun exposure, for example, the face, neck, and hands, or the areas that friction is inflected on, such as elbows and knees. Excessive sun exposure, especially at times without protection like sunscreen or long exposures, can cause the levels of the hormone responsible for melanin synthesis to increase. The basic explanation of what happens in the body that results in hyperpigmentation is that hyperpigmentation is a direct result of hormone level elevation that can end up increasing the synthesis of melanin.

Treatment options are available for hyperpigmentation.

As previously stated, hyperpigmentation is a condition caused by an increase in melanin production that can be triggered by anything, from acne scars and sun damage to hormonal imbalances and friction. Worry not, as you are not alone in this journey of lightening one’s skin, and to be frank, hyperpigmentation is actually quite common among people. The Morpheus8 treatment is a new and innovative way to tighten your skin. If you’re looking for a more youthful appearance, visit Smileworks Liverpool today! Although the cases all vary based on the individual, here are some of the techniques that might come in handy:

It’s usually over the counter and does not require a note. These creams are specifically recommended for cases involving flatulence. Without any specific prescription, lightening creams‘ lightening process is based on the chemical properties of the ingredients used in the formula to reduce pigmentation. If the over the counter type wasn’t any good for you, there are stronger ones available with a written prescription. Common ingredients used in these creams and gels are licorice extract, N-acetylglucosamine and vitamin B-3. These creams are specifically recommended for cases that are dealing with flat spots, such as melasma or age spots, and can work smoothly on discolored patches on most skin types too.

What is a Collagen Serum?

Collagen serums’ main active agent is collagen, usually combined with various other active ingredients to boost collagen’s effect. Most of the products available on the market for the purpose of hyperpigmentation treatment usually aim to do one thing, and that’s increase and provoke collagen production. Collagen is one of the most important proteins found in the skin and has various responsibilities in order to keep the skin in its best shape possible.

From wound healing and supporting joints to slowing down aging and wrinkles forming on the skin, collagen is one of the handiest proteins on the skin. Fully packed with amino acids and anti-aging properties, collagen is there to make sure that your skin stays hydrated while collagen works on repairing all the damage caused to skin by hyperpigmentation. One of the most direct ways to consume collagen is through topical application. That’s why collagen serums, which include a highly concentrated amount of collagen, are just the right thing for someone looking to lighten their skin.

The skin usually sheds cells every day and, by doing so, new cells will be exposed to the surface, which are unaffected by the previous causes of hyperpigmentation and look lighter than the layer of cells that were shed. One way to help the process of shedding these affected cells is the use of face acids, otherwise known as skin acids or exfoliators. Other than lightening the overall tone of your skin, face acids also make the skin feel smoother to the touch.

There are various options of over-the-counter face acids from different brands available all around the beauty stores and drugstores, although they might take a longer time to exhibit any result as they are a weakened version of the prescription-needed products. If you’re interested in giving facial acids a go, you might like to consider using glycolic, lactic, citric, malic, or tartaric acid as well as azelaic acid, kojic acid, salicylic acid, and vitamin C, especially in the form of I-ascorbic acid. People with a fairer complexion and mild hyperpigmentation are the ones to benefit the most from using face acids.

Much like face acids, the main idea behind laser peel is to resurface the new skin cells, but it’s not always the case. There are two different types of lasers available for this treatment; ablative and non-ablative. Ablative lasers are known to be one of the most intense lasers used in hyperpigmentation treatment, and they actually do aim to remove several layers of your skin to resurface new skin cells unaffected by the previous pigmentation trigger. Next, there are non-ablative lasers available as well that mainly focus on the dermis to ensure an increase in collagen production. Ablative lasers are stronger and can produce results faster, but their side effects can be greater and the skin might be irritated due to the power and the speed of changes it has to go through.