What is Fortnite and Why Does it Give Fortnite Redeem Codes to Players? 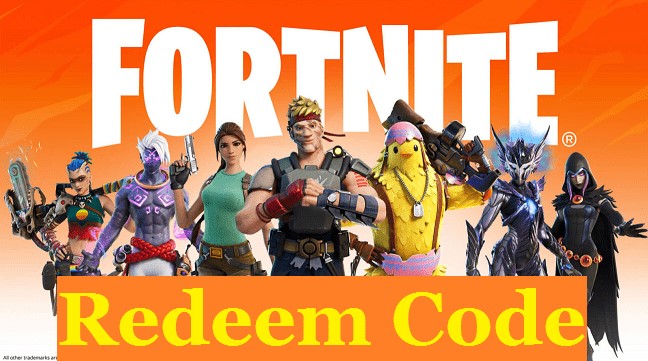 Can you imagine that online games earns billions of dollars? Nowadays, we are seeing that most people shifted from physical games to online games and they are spending more time on online games compared to online games and they also invest more money in these games. There are many online games available but we talk about Fortnite. Fortnite is an online video game that is also played by people using the internet.  It was developed in 2017 by Epic Games and it became very popular. In some time it generated 9 billion dollars in 2019. Most people spend money on Fortnite games but some people cannot spend money on them. This online game provides opportunities. Also, those people do not have enough money to spend on them. This opportunity is in the shape of Fortnite redeems codes. In this article, we will explain what a Fortnite game is. How many modes are there? And what are Fortnite redeem codes?

What is a Fortnite online video game?

There are thousands or millions of games that are played online and each game has its specific characteristics and functions. For some games, you can play free and for some games, you have to pay before starting playing online such as pubg, and GT. Fortnite is a video online game that was developed by Epic Games and started five years ago. Fortnite is available in three modes versions that feature the same gameplay and game engine.

First, Fortnite game Battle Royale, in this mode fighting between one player to another where up to 100 players compete in the hope of being the final player remaining and it can play free up to one hundred and in this game mostly players survive through finding weapons and safe locations through the map.

Second, Fortnite saves the world in a cooperative model. In it four players make groups and they follow their mission against zombie creatures after a fluke storm strikes they assume that 98% of the population disappeared from the world and they collect weapons and necessary things for survival and to fight against zombies.

The last mode is Fortnite creative in that they have given sandbox games and they have given the freedom to explore materials and to use materials like bricks, wood, and sands. In this mood, players use this material to make forts, doors, and windows for defensive systems and to build battle areas and environments. It also follows Fortnite Battle Royal and saves the world in the hybrid cooperative.

How to get Fortnite to redeem codes in months?

Many online games allow people to play online games when they use coins or redeem codes. Redeem codes mean gifts, promotions offers, and get benefits using them. Fortnite games give redeem codes as offers, gifts, and discounts to people playing it because some people can pay money for purchasing these things like special weapons, shelter, and other advanced techniques of games. That is why many players cannot buy these so the Fortnite game gives them. Redeem code is mostly based on 13 numbers codes. Fortnite redeem codes are completely free. You could receive rewards with clothes, V Bucks cards, emotes and skin clothing, and additional premium features. The services will be accessible following the redemption of Fortnite’s redeem code online in 2022. It will be possible to play with the most well-known objects in the game by using the redeem code issued by Fortnite. Fortnite is available for desktops, PC, laptops, and mobile phones. Most people use the Fortnite mobile version because a lot of people feel comfortable while playing it on mobile.

We are seeing that day by day people’s interest is increasing to play online games and going far away from physical games. Fortnite is also an online video game in which most players fight with each other, to save their own from zombies, and make a defensive system using sandbox games. This game earns a lot of money but it gives people some offers like Fortnite redeem for that they can use it for playing the game for free and to get some advanced instruments or weapons for the game.