How To Start Playing Tennis From A Beginners Level 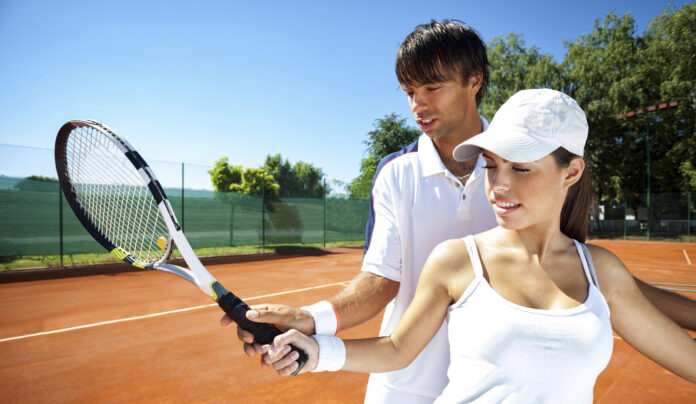 Tennis is one of the most intense sports that there is, with a huge level of athletic skill required in order to become a successful tennis player. Global champions continue to make history, and there is an incredible amount of physical and mental stamina needed.

Because of the global interest in the game, tennis has always been a highly popular sport. However, those that are new to the world of tennis may find it harder to start playing. From great tennis shoes for hard courts to lessons and other tips, this is a look into how beginners can start playing tennis.

Because tennis is such a popular sport nowadays, there are a plethora of clubs across the country. Each have their own target audience and range of individuals that want to play tennis. Joining a club could be a great way to meet new people as well as keep yourself motivated.

It takes time to build up the appropriate muscles and stamina that the body needs in order to succeed on the tennis court. Because of this, it is easy to lose motivation and stop playing before the skill has the chance to develop. Consider joining a club if this is something you struggle with.

There are different clubs with a selection of recommended age ranges. This means that you will not have to worry about being the oldest or youngest on the court. Find the right club for you to feel confident and comfortable in, so that you can start playing tennis as a group from beginner level.

Use The Right Equipment

Another important factor to consider is whether you are beginning to play tennis with the correct equipment. This can prevent you from getting used to using the incorrect racket or training on a court that is not the correct size.

Using the right equipment also includes wearing the correct clothing and shoes. Make sure you are wearing appropriate footwear for the type of surface you are going to be playing on. For example, hard clay courts typically need footwear with additional support.

However, beginners to tennis do not need to necessarily worry about this. It is more important to use a high quality pair of tennis shoes or sneakers unless you know that you will be practicing on a particular surface. It is best to be prepared if possible.

Another way that you can get used to playing tennis and feel more confident when you enter the court is to learn the rules. Many are aware of the unusual scoring method involved with tennis. This is partly due to the different traditions which have shaped the game, and the cultures which influenced it.

It is worth taking a look at the rules in order to play by them as much as possible. However, most clubs for beginners are likely to introduce these to you, so there is less of a pressing need to do this.

Tennis requires a great deal of brain power, as well as physical ability. This is because of how fast the ball can move on the court, and the range of potential outcomes. Being able to anticipate your opponents’ next moves ahead of time can be a significant advantage on the court.

Like most other sports, tennis games feature different positions for players to begin each game from and where they can serve from. The position depends on whether the game is doubles or singles. Players competing in a game of doubles need to stick to their section of the court to avoid invading the space of their teammate.

Tennis is a highly energetic game, and players need a great deal of agility and stamina on a cognitive and physical level. There are a range of complex rules to be aware of when playing tennis, although most clubs are likely to introduce you to the basics gradually.

Regardless of how old you are, there are a selection of tennis clubs that you can join as a beginner to the game.