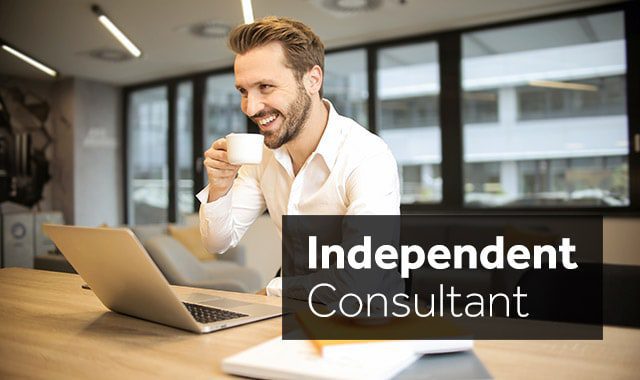 I have read a story at Startup Journal and wanted to share it with you.

Mr. Rob Levinson who has lost his job 3 years ago starts his own consultancy business. He is an independent consultant, and he has some great advice for beginners. I believe these advices would also help new entrepreneurs who are at the beginning of their journey.

These are the advices for new consultants:

Enter as an expert

No one will hire you as a consultant unless you know something he doesn’t. Period. Potential is overrated, extreme effort is expected, and “lessons learned” are merely an interesting FYI. A prospective client cares only about aligning himself with a “sure thing,” someone able to get the job done on budget, on time and with a positive reflection on him. That’s why it’s important to simplify your prospect’s decision to hire you by researching his marketplace and learning about competitors, so you can note areas for improvement and illustrate exactly how your expertise will solve his problem. If you don’t, your competition will, and you can kiss the job goodbye.

My dad was right: It’s not what you know, it’s who you know. Independent consultants should know as many people as possible. And make as positive an impression on them as possible. But even so, I have seen that sometimes “being there” is enough. For example, at a black-tie fund-raiser, I found myself seated across from an important local business executive. Having her attention over dinner resulted in some high-level introductions that lead to some meaty projects. After that episode, I came to believe that if people see you often enough, they start to believe that you are “somebody” — or at least have something compelling to sell or tell. The challenge is to be discerning about events you attend, choosing those that allow you to distinguish yourself and meet the people you want to meet. The key is to keep in touch — email makes it simple — and not just when you want something.

Business people are starving for advice, direction and, especially, the next big idea. If there is an opportunity to write an article, give a lecture or appear at a function as “the expert” — grab it. As a public-relations pro, I long ago discovered that if I said something authoritatively enough, many believed me and yearned to hear more. While this revelation does not hold true for my eye-rolling 12-year-old daughter, often others are impressed enough to want to forge a relationship. For instance, I recently spoke at an industry function whose audience was filled with senior executives in higher education. Upon hearing me speak, several requested I tailor my presentation to reach their faculty and staff. Almost instantly, I had a new market requesting my services. At that point, I was no longer selling. In fact, I was in the driver’s seat, which is exactly where I want to be.

Align yourself with winners

My mother was right: You are judged by the company you keep. So reach out to professionals you aspire to be like, particularly those who are willing to help you move a few rungs up the business food chain. I’ve learned that even successful, busy people have time for a coffee or lunch. So I am constantly offering both. During these informal meetings, I have forged bonds, developed new business leads and learned important lessons. Among them is that lunch at a nice restaurant can beget projects worth tens of thousands of dollars — which is exactly what happened when I invited a business consultant to lunch at the Ritz Carlton, spent $50 on overpriced sandwiches, and later landed a project worth over $50,000. Now that’s a return on investment I can live with.

I once liked to do only things I knew I would excel at. As an employee, this was comforting, but, as an independent consultant, it’s dangerous. Through no choice of my own, I had to confront my fears and take on new tasks. These included marketing my services, seeking new business, developing proposals, and then servicing clients from project inception to completion. After a few early successes, I discovered that I was pretty good at taking responsibility for my own fortunes. Now I look back at my uncertainty the same way my 5-year-old daughter looks at her old high-chair. “Did I really sit there once?” she asked.

For years I secretly envied Ivy League M.B.A.s for their confidence. As a self-taught marketer with a bachelor’s in English literature and art history from a small liberal-arts college, I often felt like I faked my way through many a business meeting, using grit and guts to succeed as a marketing consultant. After learning business and marketing fundamentals, I discovered that my real talent — and differentiator — is the ability to conceive and implement creative marketing initiatives. It’s a talent that you simply cannot be taught. It has to come from within. And I had it. It took a while to stop feeling as if I had a gap in my background. It was only after I started appreciating my accomplishments and stopped comparing myself to others that I hit my stride.