Is Google OpenSocial The Next Big Thing? 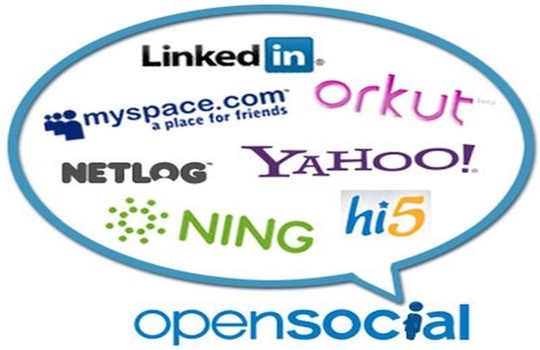 Exponential growth rate of Facebook usage all over the world led many developers create applications for Facebook, and for other social sites. VC’s are also interested in good applications. I have written about How to Make Money with Your Facebook applications couple of days ago.

Main problem developers facing was the compatibility issue between social sites. If you have an application project for Facebook Platform, first you have to learn the Facebook Markup Language, but if you want to implement this application to another social site, you need to rewrite the code for the other site’s markup language. This process is very time consuming for developers.

To help the application developers, Google has launched OpenSocial this month.

What is Google Open Social?

OpenSocial is a set of three common APIs, defined by Google with input from partners, that allow developers to access core functions and information at social networks:

Social sites which participate in this project agree to accept the API calls and return appropriate data. Google won’t try to provide universal API coverage for special use cases, instead focusing on the most common uses. Specialized functions/data can be accessed from the hosts directly via their own APIs.

Unlike Facebook, OpenSocial does not have its own markup language. Instead, developers use normal JavaScript and html (and can embed Flash elements). The benefit of the Google approach is that developers can use much of their existing front end code and simply tailor it slightly for OpenSocial, so creating applications is even easier than on Facebook.

Applications can have full functionality on profile and/or canvas pages, subject to the specific rules of each host. Facebook, by contrast, limits most functionality to the canvas page, allowing a widget on the profile page with limited features.

Marc Andreessen, founder of Ning, has a blog post with some nice set of screencast and screenshots about OpenSocial.