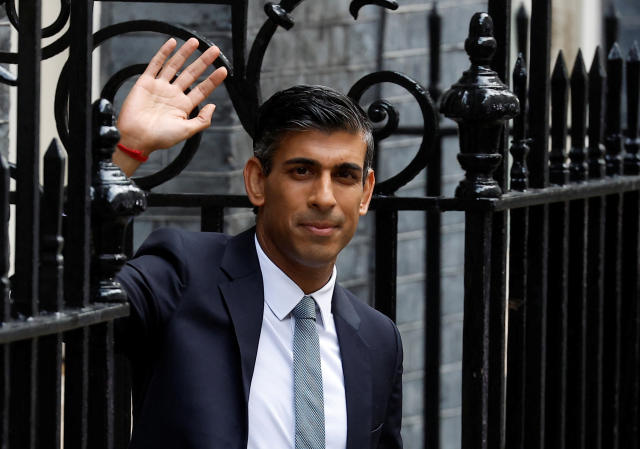 Over the past several months, UK households have been experiencing political ups and downs together with increased economic uncertainty at a time when the living cost is having an increasing influence on financial decisions. The effects of Liz Truss’ 45-day term as prime minister are still being felt by buyers and sellers around the UK, with those who are trying to get on the housing ladder constantly fighting against declining equity and soaring mortgage costs.

Does the arrival of Rishi Sunak mean a new period of monetary and economic stability, declining mortgage rates, and changes to the rental sector? If you’re struggling to cope up with the market changes and need assistance in buying and selling properties, our estate agents in York can help you navigate the market with ease.

Let’s dig into what the new prime minister’s main priority is when it comes to the property market.

Will there be Economic and financial stability?

Financial markets appear to have received Rishi Sunak’s appointment as prime minister well, aided by a number of significant policy U-turns made by the new Chancellor Jeremy Hunt. The prime minister’s main objective focuses on getting the finances in shape in order to bring down borrowing rates for businesses and people while also addressing the cost of living pinch.

The state of the economy, and specifically the cost of mortgages, which have risen to an average of over 6% in recent weeks, are directly related to the health of the housing market.

When compared to our recent history of sub-2% mortgage rates, this has significantly reduced the buying power of people wishing to relocate.

As markets respond to the government’s rhetoric about balancing the books, the borrowing cost for businesses and the government has decreased over the previous two weeks and is expected to fall more in the coming weeks.

Despite beginning to decline, business mortgage rates are still much higher than they were at the beginning of the year. Central banks will need to raise base rates in order to stop the inflation that is raising everyone’s living costs and decreasing the purchasing power of our salaries.

After a decade of poor returns on savings, there is hope that interest rate rises are about to come to a halt. This is wonderful news for savers, but it means that purchasing a property has grown more costly.

On the other hand mortgage rates seem set to return to the 4-5% range in 2023. However, anyone wanting to purchase a property must understand that the days of cheap money are not returning.

What about home building and ownership?

The Labour and the Conservatives have stated an increase in the homeownership proposals. But if we don’t build more houses, it will be difficult to increase home ownership.

The 2019 manifesto goal to increase employment and investment throughout England is still in place, as seen by the return of Michael Gove back to the housing ministry and the leveling up of his ministerial position. In turn, this will increase the supply of dwellings. The solution to solve the cladding issues for homeowners in tall residential buildings was pushed through by Gove as well, clearing up a significant area of ambiguity for buyers and lenders.

The question of home construction is usually problematic among locals because they worry about increased demands on municipal services.

The new prime minister’s remarks about home building during the summer leadership election imply that he recognizes the significance of constructing houses and the infrastructure to support them. This would reduce any additional strain on neighborhood services.

Sunak stated, “Reforms to boost density in our inner-cities, investing in recovering brownfield property across the country and pursuing initiatives that have community support,”  are topics he favors.

Continuing with the reforms for private renting?

The private lease sector is likewise undergoing significant reforms to raise living conditions and redistribute power between tenants and landlords. These were backed by Michael Gove, earlier this year when he served as the housing minister.

Given the significant tax increases and greater regulation that took effect starting in 2016 and the absence of new investments by landlords, the rental market is exceptionally tight right now.

Although the size of the rental market has ceased expanding, demand for rentals is still rising, which is made worse by the skyrocketing costs of house ownership. According to a recent assessment, rents have increased by 12% in the last year, which accelerates the pressure on the expense of living.

The demand for rental market reform is substantial, but it must be weighed against the extent to which this would drive landlords out of the market, reducing supply and options for tenants.

This disproportionately affects individuals with the lowest incomes, prompting demands to improve housing assistance to lower the likelihood that people would become homeless.

What does the future hold?

Since prices and rents are rising, there is also increased concerns about higher borrowing rates, the next prime minister has a lot to do in the housing sector. These short term forecasts for housing shouldn’t pose a concern for the government.

They must put their attention on providing long-term stability so that consumers and companies can make decisions with confidence.

The main focus should be on maintaining economic expansion and low borrowing rates while also fostering an environment that will attract new capital to expand and upgrade The declining housing stock across all geographies and housing tenures.