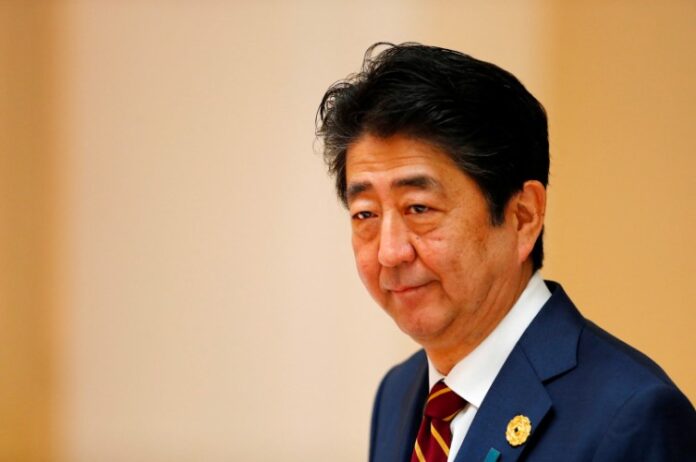 86 years ago, some young imperial Japanese who were said to be angry with the government carried out a series of attacks on the officials of Japan. Why the coup was said to not be a success, they successfully assassinated 2 former prime ministers of Japan and other leaders of Japan.

On July 8 2022, tragedy struck again, a 41-year-old who was said to be aggrieved attacked the prime minister of japan. Just like it was 86 years back, he couldn’t stop Japan from moving ahead with a lot of successful strides, but he successfully assassinated the youngest post-war prime minister of Japan, Shinzo Abe.

Prime minister Shinzo Abe was an incredible leader that stood for justice and fairness, he’s the longest-serving prime minister in the history of japan, the only former minister to return and take power back after being in opposition for like a year.

Serving in the cabinet of Junichiro Koizumi made Sinzo an extraordinary leader, coupled with the fact that he’s from a political family. In this article, I discussed the economic policies of Prime Minister Shinzo Abe (Abenomics policies) that impacted the economy of Japan and Asia at large.

Prime minister Shinzo Abe got into power when the Japanese economy was dwindling and he had to bring in his A game to salvage the country, as you and I know how much blow the country suffered from the pandemic, some of the policies that were introduced by Shinzo are Monetary easing, Fiscal Stimulus, and Structural reforms.

This is when a central bank buys some government financial assets like stocks and bonds to infuse money into the economy to make it better. Some people call this policy quantitative easing because it is always done to ease the economy and expand it.

However, if not properly done, it will lead to more problems in the long run, just as you know, too much of anything is bad, water is good, but if you take too much, it will affect you, the same way injecting too much money to ease the economy can ruin it all.

The prime minister started implementing this policy in 2016, the central bank aimed at purchasing financial assets up to 700 billion USD every year to push the inflation rate to a 2% target. This has a huge impact on balancing the Asia trade system and the world economy at large.

Another type of stimulation is what I just talked about, except this one takes the shape of money. However, fiscal stimulation can take many other forms, such as boosting government consumption or reducing taxes.

Many nations decided to implement fiscal stimulus measures during and after the epidemic. The Irish government’s 7.4 billion Euro stimulus package and President Donald Trump of the United States of America’s 2 trillion USD Care Act are two noteworthy examples.

Aside from the fact that the local economy will profit greatly from structural reforms, which are frequently implemented with the assistance of the IMF or the World Bank, the major benefit is how the country becomes competitive in the international market.

This was the goal when Prime minister Shinzo Abe invested about 2 trillion yen in child education and pension reforms to increase the decreasing birth rate which in turn is shrinking the labour force.

The inclusion of more women in the workforce and the development of appropriate immigration rules in Japan are other reforms. This has had a significant impact on Asia’s economy, particularly that of Japan.

We can all agree that managing a nation’s economy involves more than what economists say on TV, in blogs, and the news. Because there is so little time to consider all options and make judgments that will affect millions of people’s lives, even the smartest economist in the world can destroy a nation’s economy if caution is not exercised.

Therefore, understanding how the economy functions are crucial for everyone, including individuals, students, researchers, and business owners. This can be done on several online platforms, allowing you to learn when, how, and from whomever you choose.

In conclusion, it is advisable to learning issues through discussion since you learn more by doing or speaking things than by just talking or hearing them. This is because when you say things, it signifies that they have become ingrained in your mind and brain.

How Was The Camp Lejeune Water Contamination Cleaned Up?

What Is Wpc2025 And Dashboard Login Process of Wpc2025 live

Get To Know About Vapes And Some Geek Bar Flavours