These Five AI Developments Will Shape 2022 and Beyond 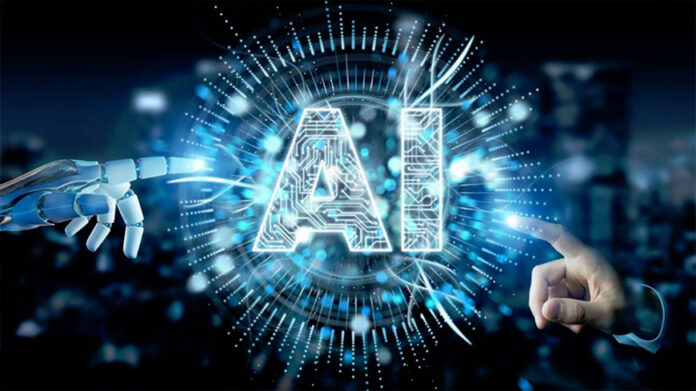 While technology has been advancing exponentially since the dawn of time, few advancements have been as interesting as artificial intelligence (AI). In the past few years, there has been an incredible rise in the power of artificial intelligence, which has already begun to transform all aspects of life. Over the next decade, this trend will continue to accelerate, with all sorts of incredible innovations built on top of machine learning and neural networks. This article looks at some of the most transformative AI development that will shape our world in 2022 and beyond.

In the past, AI was limitedly used on industrial lines where they could do semi-autonomous repetitive tasks. However, AI has gone beyond processing lines to autonomous machines that can make decisions and learn by taking in new data.

The most pursued autonomous project is the driverless car. Top car brands worldwide are working on creating a fully autonomous car. With all these major companies pouring money into research, it won’t be long until they become mainstream. In fact, some believe that the car market could see self-driving cars being sold in the next few years.

Beyond driverless cars,  there will be more autonomous vehicles, including construction machinery. These vehicles promise huge changes in the energy, agriculture, and transportation industries. The most prominent example of an autonomous large vehicle is a self-driving truck. Many companies are already working on these trucks, with some saying they could be used within 10 years. This would lead to fewer road accidents and lower costs for businesses that use them for shipping goods across long distances.

Image identification technology has already made leaps and bounds, especially in security applications. The industry has widely adopted biometric security measures, like those found on smartphones that recognize fingerprints or facial patterns. In a few years, these capabilities should mature to work regardless of lighting conditions or angle.

Most importantly, they should be able to unlock your devices without any intervention on your part. It won’t even require you to stare directly at your screen—just glance up at it every so often while you type a password into a computer terminal; it’ll do all the heavy lifting behind-the-scenes.

Facial recognition will have numerous applications, including entertainment. Imagine a movie theater where you don’t need to buy tickets—just walk into an auditorium and sit down. The screen will recognize your face, pull up your account information, and charge you for admission. You won’t need to carry cash or credit cards around anymore.

Imagine operating construction machinery using voice commands! It is not far-fetched. Automatic speech recognition is becoming more useful and perfected for uses beyond desktop computing, which is widely used in applications such as speech-to-text editors.

Advances in this field will perfect automatic translation where two people can speak different languages but still communicate. The implications of these developments are huge for business, education, healthcare, transportation, and many other areas.

Natural language processing (NLP) is a subset of artificial intelligence (AI) that deals with enabling computers to communicate with humans using natural language. NLP-based systems have already been deployed as virtual assistants like Apple’s Siri or Microsoft’s Cortana or as part of search engines like Google Search. In addition to improving speech recognition and translation capabilities, NLP technology will enable computer programs to understand human emotions by identifying patterns in facial expressions.

With high-speed trading algorithms becoming more powerful and affordable, there’ll likely be a high volume of automated trading on exchanges. This has already started with a range of exchanges, where computers now carry out a significant percentage of all stock trades.

Even though there are already hedge funds using bots for their high-frequency trading strategies. With experts predicting an influx of new investors over the coming years, it seems inevitable that more high-volume automated trading will occur.

App development has historically been expensive, time-consuming, and reserved for those with technical knowledge. But today, a wide range of low-code/no-code app development platforms are making it possible for business users to build their own applications without writing code.

Such platforms offer business professionals everything they need to develop an application. Instead of relying on IT or other specialized staffers to build an app, these platforms allow non-programmers to create their own software; increasing ROI while decreasing development costs (and timeline).

These platforms will be instrumental in helping ordinary people, and small businesses develop tailor-made solutions quickly and affordably.

Artificial intelligence is already playing a big role in many spheres of life today. It can only be expected AI will rapidly take over tasks that can be assigned to machines. It is not far-fetched to imagine a construction site run entirely by driverless construction machinery. There are huge changes in the next few years and beyond, thanks to artificial intelligence.