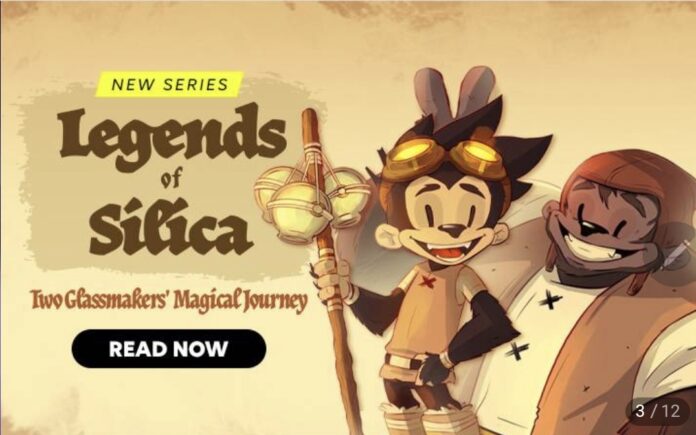 Korean Manhwa have been gaining a lot of popularity in recent years, and for good reason! What is Manhwa Meaning ?They are exciting, well-written, and often times very funny. If you’re looking for a good read, then you should definitely check out some of the best Korean light novels out there. In this blog post, we will discuss 10 of our favorite light novels written by Korean authors. So without further ado, let’s get started!

One of the most popular Korean best webtoons of all time, Overgeared is a must-read for any fan of the genre. The story follows the adventures of Shin Youngwoo, a boy who has miserable life even he is in real life or VR game. However, one time, he has discovered treasure and whether it could make him to be a legendary class of his life will be more challenging? Hilarious and action-packed, Overgeared is a light novel that you won’t want to miss.

Dungeon Defense is a manhwa that follows a man who was born in a wealthy family. However, he has to live upon his father’ ideals and his family don’t care much about him. So that, he came to a fantasy world to become a demond. Luckily, he is the weakest. He is intelligent and he makes a “Awe” whenever he does anything.

Seoul Station’s Necromancer is a light novel that tells the story of a necromancer who has been summoned for 20 years. The Earth was not the same as before his leaving. There were so many gates that allow demons and and monsters to come in. With his experience, he began his journey.

This novel is similar to Solo Leveling, so experience yourself and we won’t let you down.

Sovereign of Judgment is about a genius who killed his friend in the greade 6. After that, he promised not to kill anyone else. However, one day, a ring appear and gives him 2 choices: kill or to be killed. With his personality, which one he gonna choose?

The plot of this story is pretty cool so don’t forget it!

The Novel’s Extra is a romance manhwa that tells the story of Kim Hajin who woke up in a different body but in the same world. He realized that this world is created by him but he hasn’t finished yet. Because this world belongs to him, the only way to survive is closely follow his storyline.

The Legendary Moonlight Sculptor is a light novel that follows Lee Hyun is a legend of a MMORPG Game; however, he has to sell his avatar because of the series of coincidences. After that, to make a living, he decided to become a player in a game called Royal Road. But wait a minute, he is a sculptor or an adventurer?

Valhalla is a heaven for all of the greatest warriors if they died in an E-sports tournament. In Valhalba, they have to deal with a common enemy. This novel follows a warrior who spent their life to play games.

From every first chapter, readers may get into this novel so much because of its plot and the way author buld their characters.

Kill the Dragon is a light novel that follows the story when humans struggled to fight with dragons. However, humans tried their best to save the peace. What if the dragon wage another war? What should humans do?

In this novel, noone was empowered and it became more challenging. Experience it and give you comment!

In this novel, Kim Gong-Ja was a weak hunter and he felt so envy with the top hunters. He always wanted to rank S-rank skill. One day, the Tower suddenly came, and the only way to use the S-rank skill is dying. So what is the meaning of dying to use S-rank skill.

Some thought that this novel is pretty boring, some did not. Just because of the storyline, it will bring readers diverse feeling and thoughts.

MC is the protagonist and in the past he did so many bad things. When he died, he wishes God to give him a chance to come back to correct his mistakes. He was a bastard who was addicted to gambling and not only that, he betrayed all of his beloved ones. If he wanted to correct, he should pay the bill.

Top features of a PMP certification

Studying A-Level Help You to Run a Business