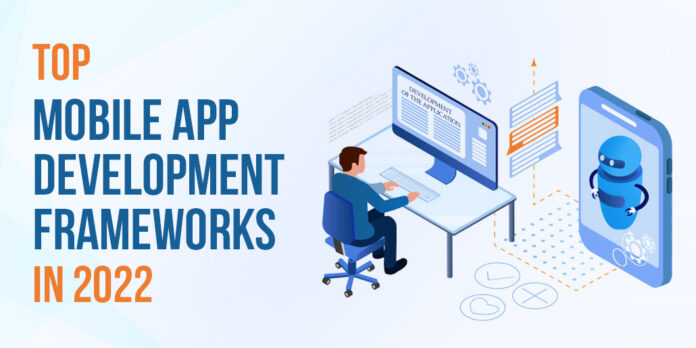 A testing framework, or more particularly a testing automation framework, is an implementation environment for performing automated tests. It is the entire system that will automate the testing. To keep pace with the increasing testing burden, many companies are turning to cloud-based Apps for Android automation testing. This helps to automate scripted tests on a large number of actual devices for thorough testing. Despite the fact that there are several Android testing frameworks to pick from, it’s vital to understand the fundamentals and how each framework works so that the tool you choose may help you fulfill your testing demands and, ultimately, achieve your business goals. In this article, we will go through numerous Android app testing frameworks that are booming in the year 2022.

A glimpse into the Android market

Users expect increased usability, security, and quality from their apps since the mobile application business is so competitive. Smartphone app testing aids in the detection and improvement of a mobile app’s flaws for the intended audience. Due to the expanding digital revolution, companies are increasingly investing in the best mobile testing solutions. There were around 15 billion active mobile devices in 2021, including over 6 billion smartphone users. Mobile devices are predicted to number 18.22 billion by 2025, up 4.2 billion from 2020. To stay on top of their consumers’ expanding needs, businesses must employ the appropriate mobile testing technologies. The most common mobile testing tools are listed below:

Appium is a publicly available, cross-platform mobile testing tool for hybrid and native iOS, and it supports Android versions beginning with 2.3. Appium is a server that runs in the background, similar to Selenium.

The UIAutomator library, provided by Google as part of the Android SDK is used by Appium to automate Android. It has control over Safari and Chrome on mobile devices. It may be synced with the TestNG testing framework. In this situation, UI Automator may provide interesting and thorough reports, comparable to those generated by Ranorex.

Calabash is a multilingual test automation framework for mobile devices. Ruby, Java, Flex, and.NET are all supported. Testers can use APIs to enable native programmes to run on touch screens. This framework includes libraries that allow test scripts to interface with native and hybrid apps programmatically. Cucumber is an Automated User Interface Framework that allows Ruby tests to be developed.

Calabash works by automating UI interactions in mobile apps, such as pushing buttons, entering text, verifying replies, and so on. It may be set up to operate on a variety of Android and iOS devices, providing real-time feedback and validation. Calabash is an acronym for Behavior-Driven Development (BDD). It’s similar to Test-Driven Development (TDD), except that instead of building tests to specify API shape, it documents application behavior. BDD is a collaborative process in which numerous stakeholders contribute to a shared understanding of what needs to be developed.

It is a Google mobile automation framework that allows users to create and deploy UI tests for Android apps. Since evaluating the user interface of an application is vital before deploying it, app developers and app testers often employ Espresso. Developers can build a scenario in which they interact with a device and record their interactions. They may then create assertions that use snapshots to test the behavior of the app’s UI components. The programme saves the video and creates UI test cases for them to utilize while testing their app.

During development cycles, it enables both black-box testing and individual component testing. Developers may use this comprehensive framework to test both native Android views and hybrid web views.

Apple’s mobile test automation framework for iOS is called XCUITest. Because XCUITest is built into the Xcode IDE, it allows for the quickest possible testing of iOS devices. Using XCUITest is simple for developers because it runs inside the XCode IDE. This is the most well-known mobile testing tool for testing iOS apps. Apple released XCUITest in 2015 as a framework for creating and running UI tests on iOS apps using Swift and Objective C. It is frequently regarded as the finest tool for creating automated testing on native iOS apps. It’s noted for its speed, ease of use, minimal flakiness, and simple test management.

It is not, however, a cross-platform framework, so tests built for it cannot be used to check Android apps. Furthermore, you are unable to construct tests in any programming language (Java, Ruby, or Python). Swift is the only option.

Flutter, from Google is an open-source UI software development kit. It is used to create cross-platform apps from a single codebase for Android, iOS, Linux, macOS, Windows, Google Fuchsia, and the web. It was initially suggested in 2015, and was launched in May 2017.It is a free and open-source UI framework for developing native mobile apps from Google. Flutter enables developers to create mobile apps for both iOS and Android using a single codebase and programming language.

1. What should you look for when choosing a mobile automation tool?

Keep the following aspects in mind before choosing a tool:

2.What factors should you consider while selecting a mobile app automation tool?

3. Why is it critical to select the right mobile tool?

There are several mobile testing tools available. Some are free, while others need subscription. Some of these automation options have been available for some time, while others are very new to the market. Each tool is unique and has its own set of characteristics.

Because of the wide variety of automation tools available, choosing the ideal one for a project may be challenging, and testers frequently end up with tools that do not meet project needs. As a result, selecting the appropriate technology for your project is critical.

In case you are looking for a reliable platform for your mobile testing needs, then we recommend LambdaTest – that’s trusted and tested by over 1 Million+ developers and QAs alike us. LambdaTest – Mobile App testing lets you perform manual and automated app testing across 3000+ real devices and cloud-based Android emulators and iOS simulators.