Vertigo, Dizziness or Unbalance: Get The Best Doctor For Vertigo Treatment 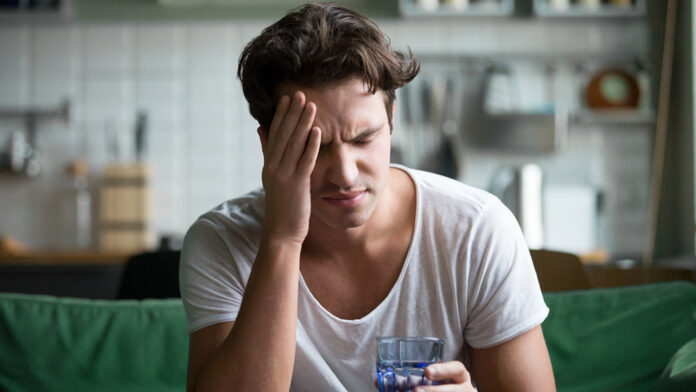 Vertigo is a symptom and not a disease in itself. It is characterized by an illusion of the body or its surroundings being in motion, often rotating. However, there may also be a sensation of the body being pushed to one side or feeling a descent or ascension, as if the patient were on the deck of a ship or had a fall into a well. Learn about the causes and pathologies, the best doctor for vertigo behind this sensation, as well as the therapeutic strategies to deal with each case.

One must distinguish between vertigo and dizziness, which is often difficult. On the other hand, it is important to understand what balance is and its role in the symptoms associated with dizziness and vertigo.

So, first of all, dizziness is a generic term for the disturbance of one’s relationship with space. They are sometimes difficult to describe. They can be caused by alterations in the heart rhythm, hypoglycemia, or a sudden drop in blood pressure, but also by anxiety, which causes the patient to take constant deep breaths and can lead to syncope, which can be mistaken for vertigo. Also, changing the graduation of spectacle lenses can cause dizziness.

On the other hand, vertigo can be considered a particular form of dizziness. Thus, they result from any lesion at the vestibular level, either of its peripheral receptors in the inner ear – which receive the information of the acceleration to which the head is subjected in space, as well as its position in space, or of the pathways that carry this information or the centers of the Central Nervous System that “treat” it.

Finally, balance is the function that ensures that the body’s center of gravity is maintained at rest and in motion in an area that ensures its stability. It results from a set of reflexes originating in the eyes, inner ears, and sensory receptors of the bones, joints, muscles, and soles of the feet.  The information gathered aims to stabilize vision and posture. Any damage to one of these peripheral receptors can trigger vertigo and/or imbalance. In addition, disturbances of vision and sensitivity in the skin, bones, muscles, and joints (proprioceptive sensitivity) also cause dizziness. Thus, it becomes particularly complex to distinguish them from vertigo.

Although a considerable portion of vertigo episodes have an unknown cause, it is known that these complaints can be triggered by infections, inflammation, trauma, vascular accidents, or toxic medications for the ear (ototoxic), such as some antibiotics. This panoply of possible causes makes clinical diagnosis complex and the set of tests that must be done at the patient’s bedside demanding. If you’re struggling with the aftermath of trauma, Intensive Trauma Therapy may be the answer for you. This powerful and immediate approach can help you reclaim your life.

Otoneurology is the medical area dedicated to the study and treatment of the causes of vertigo, tinnitus, and balance disorders. DizzyAndVertigo has a Vertigo Clinic where these pathologies are studied and treated. In this sense, let’s see the most frequent ones:

It represents one in every three cases of vertigo. The person feels that, for seconds, they or their surroundings move or rotate when they turn their head.

It usually occurs when the person gets out of bed or when they raise their head a lot too, for example, take a book off a shelf. It arises from the abnormal presence of certain particles (the “crystals” as they are commonly known), which have moved from their seat to another improper structure in the inner ear.

This condition is not serious; hence it is called “benign”. Thus, and in most cases, it is solved with maneuvers adapted to the place where the “crystals” have lodged, which is identified by clinical examination.

It is a pathology that involves the inner ear (hence the name “vestibular”), which causes repeated episodes of dizziness and/or vertigo. Unlike traditional migraines, they are not always accompanied by headaches.

The symptoms of vertigo or dizziness are intermittent and may be accompanied by nausea, vomiting, and sensitivity to light and sound. However, the cause of vestibular migraine is not yet absolutely defined.

It is a type of vertigo of psychic origin that comprises a set of symptoms of dizziness and imbalance that occur suddenly and in specific situations. It is often a psychosomatic condition associated with anxiety, depression, panic, and agoraphobia.

It is a condition characterized by symptoms of vertigo, deafness, tinnitus, and a sensation of pressure in the ear. The vertigo crises vary in duration and can last for several hours, for one or two days. After each episode the person falls asleep, waking up without vertigo.

The deafness progresses over the years, first affecting the lower frequencies, of varying intensity, accompanied by tinnitus. Pressure in the ear and a sensation of clogging may accompany all the other symptoms.  In cases of complete deafness, vertigo usually disappears. Sometimes vertigo and tinnitus occur in the other ear as well.

This is a lesion of an inner ear resulting from a viral respiratory infection, such as an ordinary cold. The vertigo episode is sudden in onset.  However, it may increase in intensity, with rotating characteristics, usually accompanied by vomiting. It can be incapacitated for several days or weeks, but then gradually subsides, especially with adequate treatment.

In the vast majority of cases, it occurs only once. However, at the time of the neuritis episode, a competent clinical examination is essential, since it may be confused with high morbidity pictures as in some strokes.

This pathology occurs when the system responsible for balance, involving both inner ears, is affected, with symptoms of imbalance and vertigo. It is also frequent the sensation of oscillation of images, which intensifies during head movements and when walking (oscillopsia).

The causes may be pharmacological (ototoxicity), meningitis, and Menière’s disease, among others.

The therapeutic strategy is defined according to the pathology that causes vertigo. In this sense, it may involve medication, surgery, or vestibular rehabilitation. The latter, despite being complementary to the other approaches, may prove decisive in the outcome of the therapy.

In this case, neuroplasticity techniques are applied. These techniques of re-education of the nervous system allow the reduction of vertigo episodes and the recovery of balance. The best doctor for vertigo to consult if you are experiencing it is an otolaryngologist.