What Matters Most When Migrating Data to the Cloud? 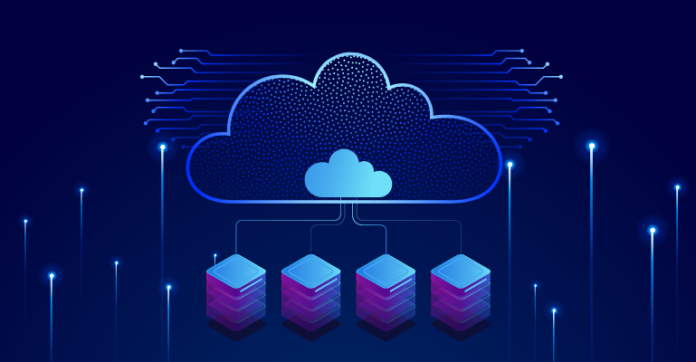 If there’s one operation that almost every IT leader dreads, it’s database migration. CIOs often employ avoidance tactics. Database migrations are often passed on to the next tech team rather than trying to fix it.

However, the cloud is rapidly changing the database market. While database vendors rarely seem to agree, everyone seems eager for a piece of the $40 billion traditional database market. Database-as-a-Service is the future.

As a result of this tectonic shift, migration is suddenly a primary consideration. However, the number of businesses that successfully complete the migration is very limited. Every business needs new technology and there are tons of “solutions” to help with the migration, so why is the success rate still so low?

Learn why even the most experienced IT teams often struggle with database migrations.

Too many IT leaders still see themselves primarily as “bringers of new technology.” Vendors have long catered to the ideas of decision makers. IT is also obligated to shift from a cost center to contributing revenue. However, old habits are hard to change. A key element is the rapid and seamless adoption of technology. Adopting technologies based on reliable and comprehensive economic analysis as soon as possible may constitute a significant competitive advantage.

On the other hand, this requires avoiding vendor lock-in. The lower the level of lockdown, the faster businesses can move. Any technology that requires a lot of rewriting applications and reinventing business processes is probably not suitable. Stay away from any vendor that tries to cover up the effort required to adopt their technology.

2. Does the business have to refactor?

For enterprise engineers, nothing seems more appealing than a “start from scratch” approach. Rewriting, rebuilding and reinventing is very satisfying. There’s nothing more effective at getting rid of past problems than starting over. For applications with obvious quality issues, a rewrite may indeed be required.

However, database migration is usually driven by other factors. Migrating from on-premises to the cloud is usually not about the quality of working applications, but about business factors. In fact, IT organizations will have to rebuild a fully healthy application platform.

What at first looks like an easy-to-manage project can quickly eat up an entire business.

An approach from scratch can quickly become scope creep. As the plan progresses, more and more applications need to be rewritten. Analysts and business users were asked to rewrite their SQL because there weren’t enough consultants to help with it, and everyone wondered if this was really the best use of their time.

As the old adage goes: if it’s not broken, why fix it? Just because you’re looking for a more economical database platform doesn’t mean you have to rebuild everything that’s working now – and when you’re done rewriting it works in exactly the same way.

A typical migration project duration for a data warehouse project is $30 million over five years. Gartner places the success rate of these projects at less than 15%. Teradata, an established heavyweight in the space, recently highlighted how it’s winning back customers as the company’s move to another platform proved too complicated.

If there are so many problems with these projects, why isn’t the industry getting a better deal? First, our engineers often underestimate the effort that goes into software development projects.

More dangerous, however, are problems with the migration. Initial progress indicates that the project will be a swift success. Then, 20% of the work will consume 80% of the resources and drive up costs relentlessly. A few years into the project, funding dries up, the business becomes overwhelmed, and the project collapses with it.

Don’t be fooled by this quintessential question: the top 80% of challenges are a piece of cake. The last 20% is where these projects go to fail.

Migrating data to the cloud is not an option, but an inevitable requirement of every IT department. But it doesn’t stop there, simply replacing an on-premises database with a managed database doesn’t satisfy IT’s requirement to contribute to revenue generation. Instead, IT must figure out how to transition from today’s data silos (cloud-based or not) to deeply integrated cloud databases.

The data warehouse is the backbone of any new IT environment in the cloud and is probably the most difficult to move. The stakes are high, but so are the rewards if you perform a flawless migration.

Database system virtualization bridges the gap between old and new in a powerful way: Existing applications can be quickly migrated from current databases to new data warehouses. No major changes are required. At the same time, businesses can already build new applications on the new platform. In short, database system virtualization offers businesses the best of both worlds.

Seasoned IT leaders should understand that deploying resources and capital for new development is far more rewarding than rewriting an application for a rewrite. In today’s world, the speed of technology adoption is more important than ever.