Why Learning Japanese Through Anime? 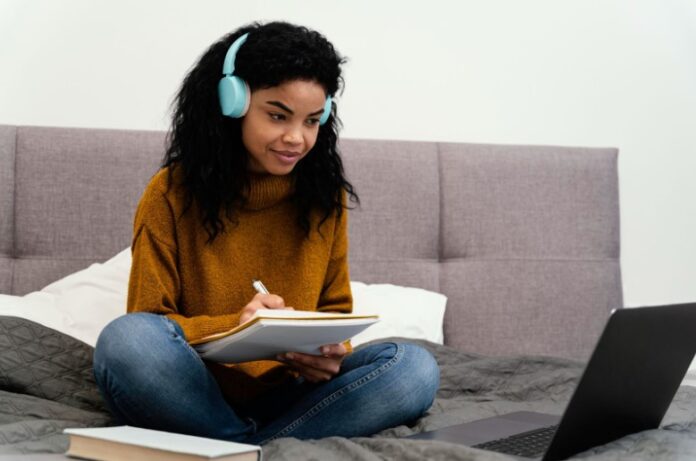 Numerous people learn Japanese because they want to watch their favorite anime shows. But anime characters live in their world, where people often use slang, casual language, informal pronouns, and even words they made up.

Anime is one of the best ways to learn Japanese. However, to understand a Japanese video or conversation better, you must discover a certain amount of vocabulary and grammar.

The most important thing is how much passive language you already know. It’s all the words you see when you hear or read Japanese without having to look them up in a dictionary. So here are some of the reasons for Learning Japanese Through Anime.

A fantastic way to learn a different language is to spend as much time as possible with people who speak it. So if you want to learn Japanese, there’s no better way than to watch some of your favorite Japanese anime. Listening to the dialogue and following the storyline will help you

get used to the language’s flow, pronunciation, tone, and rhythm, all while having fun.

To do this, make sure to turn off the English subtitles that come with the anime from the makers. If someone wants to get better at Japanese, they should study the language and watch some anime. You could get to the front of the line faster if you didn’t have to start from scratch. Then, you’ll try to match the sounds to their words as hard as possible.

You could also use romaji subtitles, written in Japanese but using Latin letters. When you feel ready, you can switch to kana, a syllabic way of writing Japanese. If someone wants to get better at Japanese or other languages, then an online tutor platform can help you.

2. Get to Know More About Japanese Culture

The best way to learn about a nation or its culture is to read books, watch movies, and learn the language of that country. But when it comes to showing authentic Japanese culture, anime and manga have done a great job.

People can learn a lot about Japanese culture, history, customs, traditions, way of life, Japanese literature, Japanese arts like calligraphy and pottery, Japanese martial arts, and much more by watching these anime. Online courses are an excellent way of learning these languages and cultures.

3. Great Topic to Talk About With Japanese-Speaking Friends

Not everyone in Japan likes anime and will rely heavily on who you are talking to and whether you want to make Japanese mates who like anime or not. But there are a lot of long-running anime family shows in Japan, like Sazae-san, which almost every Japanese person has heard of.

It’s also essential to learn the title of the anime in Japanese since many anime have different titles in Japanese than they do in English. Okay, so maybe you aren’t a total beginner and have heard Japanese spoken on TV or in anime.

This is a good way to learn new words and improve your listening skills, but there are some big differences between what you see on TV and in anime and what people talk about in real life in Japan. A Japanese tutor can help you learn how to speak Japanese better.

4. Learning From Your Passions Can be Very Efficient

This is a correct assertion because watching anime television series will pick up Japanese language skills through absorption. When you combine seeing the characters’ faces with hearing what they have to say, your brain will unconsciously absorb the sounds and rhythms of the language.

Have you ever heard of a simpler or more enjoyable method of education? Just be cautious and attempt not to get to the point where you are so uninterested in life that you end up mimicking characters from anime.

There is a significant linguistic gap in Japanese between the vocabulary used in formal and casual circumstances. As a result, you run the danger of either seeming improper and disrespectful or like a child. If we can master this language in our own way, we will be able to understand and speak it very well.

Now that you realize whether you should understand Japanese with anime and what you’ll get out of it, it’s important to point out some tips that will help you avoid making basic mistakes that may slow your progress. The reality is that, although Japanese anime is clearly in Japanese, its language is very casual and uses a lot of slang and rude words.

Even though this may also be true in English, relying on the shows you watch it’s more of a problem in Japanese. With online English courses, you can become very good at spoken English. If you know how to pick one that also shows how to watch and sort through some of the gestures, you’ll be in a great position to learn and remember as much Japanese as possible.