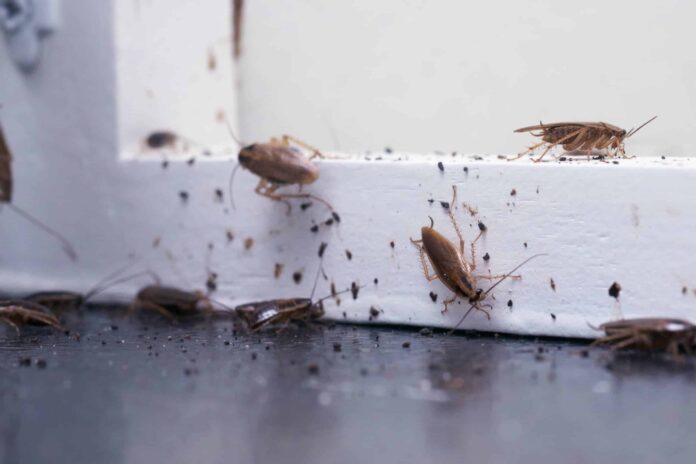 This section is intended to help you to orient yourself on the recognition of an unwanted “guest” present in the environment in which you live or work.

The world of insects, or rather of arthropods (which includes a wider band consisting of insects, arachnids, and other families) is endless but the number of species that can appear more frequently in a home is much smaller. You can check the list of household pests here.

The insects that most frequently infest an apartment are the following:

Let’s now pass on the various identities of the lesser-known subjects that may be useful to you.

Color: from light brown to reddish

Behavior: very fast, in the light, it immediately hides in cracks and holes. It does not fly except for very rare and very short flights, it often climbs vertical walls.

Where to find it: present in engines, heat sources in general, where there is water (kitchen, bathroom).

Not to be confused with the Supella longipalpa species with similar characteristics and habits.

Behavior: shuns the light but is less prudent and slower than Germanic; it does not fly or very rarely and briefly, and it does not climb vertical walls.

Where to find it: prefers dark, cool, and humid environments. Very often it is stationed in the manholes of black waters.

Size: about 4-5cm in length

Color: lighter brown than B. Orientalis, tending to reddish

Behavior: similar in characteristics to B. Orientalis, however, it requires less environmental humidity.

Do you want to know how to fight them?

Read our article on fighting cockroaches from https://everpest.com/blogs/blog/how-to-get-rid-of-cockroaches

Dimensions: From 5 to 8 mm according to sex

Behavior: it is very rare to see them during the day. They almost exclusively infest the rooms where you sleep, hide in cracks and holes, especially in the bed or behind pictures, in sockets, etc.

Their presence is revealed by various more or less annoying bites upon awakening, in particular on the arms, hands, and inside of the fingers.

The bites are distinguished from those of other insects (mosquitoes, scleroderma) by their arrangement on the same diagonal line.

Where to find them: on the floor or the living areas of dogs and cats. Given their very small size, they often make themselves invisible when they are limited in number. They do not fly but make jumps of considerable height.

How to find them: walking through a haunted room wearing light or white trousers; irritation on ankles, calves.

If the irritations appear even or only on the arms and face it is hardly in the presence of fleas.

Time of year: They usually blow up in the summer or early fall. In modern, heated homes, however, winter infestations can occur 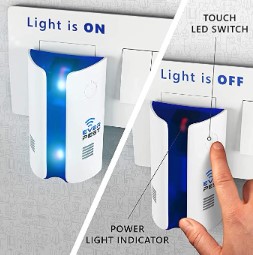 Remember that: the presence of pets or stray animals in the gardens can cause infestations; the accumulation of dust facilitates infestations, especially in industrial buildings and the like; an infestation can also appear several months after an infested animal has frequented the environment. Fortunately, you can use Ever Pest Ultimate Guard to curb these unwanted pests in your domain.

Where to find them: they frequent poorly lit, humid environments.

They can easily be found in the midst of paper, and fabrics.

They are often seen inside sanitary ware such as bathtubs or sinks, thus giving the impression that they come from the drains.

In reality, not being able to travel on smooth vertical surfaces, they remain trapped: Similarly, there can also be numerous inside glasses, tureens, etc. for the same reason.

They are harmless to humans, they can be harmful to paper and fabrics by feeding on material containing cellulose or starch.

There are many insects that infest wood: the most common that can be found in homes is the well-known “furniture woodworms” (Anobium punctatum, in the photo below, is the most common).

Where to find them: They can be found anywhere, not just near furniture or wooden materials

It is very rare to find the adult insect: the period of flickering is very short, it lasts long enough for the mating and deposition of the eggs which is carried out in cracks in the wood but more frequently in the old flickering holes.

The larval period, on the other hand, can last up to three years, and the one that causes the release of Rosaura is a clear sign of an ongoing infestation.

The holes it creates are those of EXIT of the winged adult.

Size: about 3 mm in length

Similar to a harmless ant, S. domesticus is a parasite of woodworm larvae: it insinuates itself into the tunnels of the wood and, after having paralyzed them with a lethal sting, deposits on them the eggs from which the larvae of Scleroderma will be born. they will feed at the expense of the host.

It is a biological antagonist of xylophagous insects and, from this point of view, it could be defined as useful: unfortunately, some of its bad habits make it very annoying for us even if not dangerous.

When he is not eating larvae, the S. hides in the seams of the clothes or the upholstery of the furniture or, simply, coming out of one of the galleries just visited, he meets an unsuspecting guest comfortably seated on the piece of furniture.

Here the troubles could begin because, despite being harmless, it is involuntarily endangered by our gestures (movements, or the simple act of wearing a garment in which the S. had taken refuge) and, as a defense mechanism, practices the same injection which it uses to paralyze the larvae causing raised red wheels almost always associated with a very strong itch and sometimes even pain.

The reaction to these bites, in fact, is very variable depending on the subject: however, they all have in common the redness, swelling, itching, and finally also the number: the bites are never single but always replicated in a random way (not ordered such as those of bedbugs from which they can therefore be distinguished) in a rather large area.

The stings can occur at any time of the day and, as already mentioned, they are not dangerous.

In Italy, the most widespread family of termites is the Kalotermes (the most frequent Kalotermes flavicollis ) also called by the Anglo-Saxons “DryWood Termites” or “dry wood termites”.

The term derives from the fact that this species also infests structures not subject to humidity as in the case of terrestrial termites (Fam. Reticulitermes spp).

The Kalotermes nest in the same wood used for nourishment forming, not numerous colonies while the Reticulitermes nest in the ground moving underground to reach the wood they feed on. However, both families are photophobic, that is, they flee the light.

Both erode the wood inside leaving the surface intact and this feature makes them very dangerous because they do not show signs of their presence except when it is too late and the wood is irremediably destroyed.

Termites Can Be Identified:

In the phase of flickering the Termites are very similar to the common ants: also the ants in the period April-May flicker presenting themselves in the form of “ants with wings”.

In this phase, both species perform the so-called “nuptial flight” of very short duration but very intense: crowded swarms of insects can be observed on the window panes attracted by external light.

Other signs of their presence are yellowish heaps of coarse-grained wood dust (ground pepper): observed with a lens, the grains appear to have a regular prismatic shape with curved surfaces.

Piles are rare: you can find them at the base of braghettoni or wooden window frames.

In homes, they colonize everything that is wooden including furniture.

A tip: If you identify the cause of your infestation as termites, do not hesitate to contact a specialized company immediately.

Termites act for a very long time but if there is structural wood (floors, beams, supports) or decorative wood (sculptures, outdoor and interior furnishings) in your environment, they are potentially in danger. 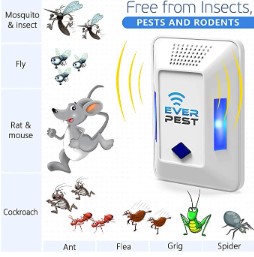 The specialized company will be able to tell you if an attack is in progress and therefore if it is necessary to implement the intervention techniques like Ever Pest or if the intervention can be limited to preventive actions: but do not neglect the problem!