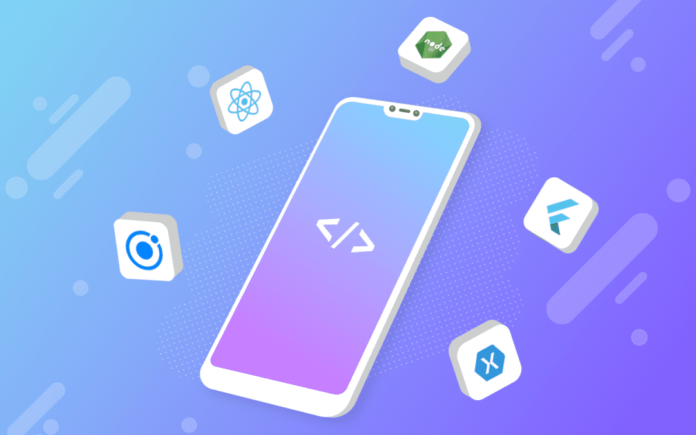 With around 6 billion mobile users in the world, it is obvious that mobile phones have become a major utility that people rely on in daily life. Mobile users have become a lot more demanding with their user experiences and app developers are on their toes to cater to the needs of users. Mobile app development in UAE has also been on the rise to meet these demands using cross-platform frameworks.

Earlier, developers had to use separate codes to be supported by different operating systems like Android, iOS, Windows, etc. However, with cross-platform frameworks, developers can create and reuse codes on multiple platforms and save a lot of time and effort. Moreover, it looks as neat as a native app that only works on a single platform. It might be quite challenging to choose the right one. Here are 5 of the best cross-platform frameworks for developing mobile apps that guarantee amazing performance.

This intricate framework was developed by Google in 2017 to design apps that can function on various platforms, primarily Android, iOS, Windows, Google Fuschia, etc.  It is written in the Dart programming language.

Flutter has certain features that make it a popular option among mobile app developers, entrepreneurs, and other users. It offers top-notch performance because of the unique SDK that provides a highly responsive style. As Flutter has an inbuilt graphic engine, there is no need to construct separate interfaces for Android and iOS. It has a highly reactive framework where the UI contents are not manually updated, rather the UI variables are updated. Flutter mostly works with the latest interface because of its portable GPU. The coding process is also faster because of the Hot Reload feature that allows code modification without recompiling it.

React Native has become a favorite among developers as well as businessmen because of its seamless incorporation of native development with the JavaScript library React. It was founded in 2015 by Meta (formerly known as Facebook).

Most app developers can use this open-source framework for designing natively-rendered multi-platform apps as the programme can be written in Java, Swift, or C-languages, without having to learn any new language. React Native furnishes a core set of agnostic native components that enables developers to provide an optimum user experience. The React Components are designed to interact with native API in such a way that both new developers and existing native teams can work effortlessly. React Native is also known for its prompt responses, timely improvisations as well as compatibility with third-party plugins.

Ionic Framework is one the most reliable and user-friendly frameworks used to create hybrid mobile apps. It is an open-source UI toolkit that is based on AngularJS, licensed by MIT in 2013.

The developer can use React, Angular, Vue, or no framework for app development. The majority of the app can be written in Javascript, HTML, CSS, or make use of Custom Cordova Plug-ins to facilitate access to the device’s in-built features. The components of Ionic comprise cards, lists, and tabs which all simplify the process of creation while also maintaining professionalism. It also incorporates swift touch-optimised and hardware-accelerated transitions for efficient performance. Its refined PWA (Progressive Web App) and powerful CLI (Command-Line Interface) allow developers to run tests and improvise on any platform.

It has a great set of native features, elements, and layouts that helps to design an interactive and in-demand app that can be easily customised and maintained. Once the native builds are generated, they can be deployed in Cloud with the assistance of Ionic Appflow.

Xamarin is one of the dominant open-source cross-platform development technologies run by Microsoft with a large community of users that support each other. Xamarin supports various platforms like Android, iOS, Windows, and MacOS apps.

Most developers quickly adapt to Xamarin as it uses C# and .NET which is familiar to developers.  Another advantage is that more than 95% of the code can be reused using Xamarin. Forms. Most users have claimed to have experienced very few run-time issues or errors because of the compiled binding feature. Users can choose between Portable Class Library or Shared Project to write their cross-platform code according to their specific needs. With Xamarin, developers can create a consistent design for apps in different operating systems with the help of platform-specific UI elements.

NodeJs is the foremost open-source cross-platform framework used for building video streaming apps, online chat applications, and other applications. It was created by Ryan Dhal in 2009 based on the JavaScript V8 Engine of Google which makes it impressively fast.

This framework allows developers to write command-line tools and server-side scripts. It is preferred by many start-ups as well as bigger companies mostly because of its smooth performance and high functionality. It contains an array of JavaScript modules that breaks down the web development process and simplifies it. Many features make NodeJs a particularly good option for cross-platform development. Its use of asynchronous API eases the development process. It also outputs data as chunks to decrease buffering and increases scalability using a single-threaded model with event-looping functionality.

In the fast-paced world of technology, companies need to rely on better, quicker, and more innovative ways to meet the demands of an ever-growing customer base. As more businesses are hoping to reach more customers digitally, mobile app development in Dubai is at its peak. Cross-platform mobile app development is a great way to save both time and money while reaching more customers.