All About Renewable Resources

Climate change is a truth for the people of this century because it is creating havoc around the world in the form of heatwaves, torrential rains, flash floods, and many natural calamities. To reduce the impact of climate change it was agreed upon by the international organization including the United Nations that there is a dire need to move towards renewable energy sources such as Solar power, wind power, Hydropower, etc.

What are Renewable Resources?

Renewable energy is generally defined as the energy that is collected from resources that are naturally replenished on a human timescale. Whereas, non-renewable sources can be defined as the sources that will run out after production and cannot be produced on a scale comparable to their consumption. The question comes to mind is it possible to build renewable sources or is it possible to build solar panels?

The answer is simply yes. Solar panels can be built to light up a small house or a complete

industrial unit depending upon their size and capacity. The energy on Earth is primarily obtained from the sun. It is essential for maintaining the existence of every living thing and for producing electricity for our daily requirements. The amount of sunshine we receive varies dramatically depending on our location, the season, and the time of day even though it radiates sunlight to every region of the earth. Currently, we can capture the energy and transform it into more useful forms using photovoltaic (PV) techniques. 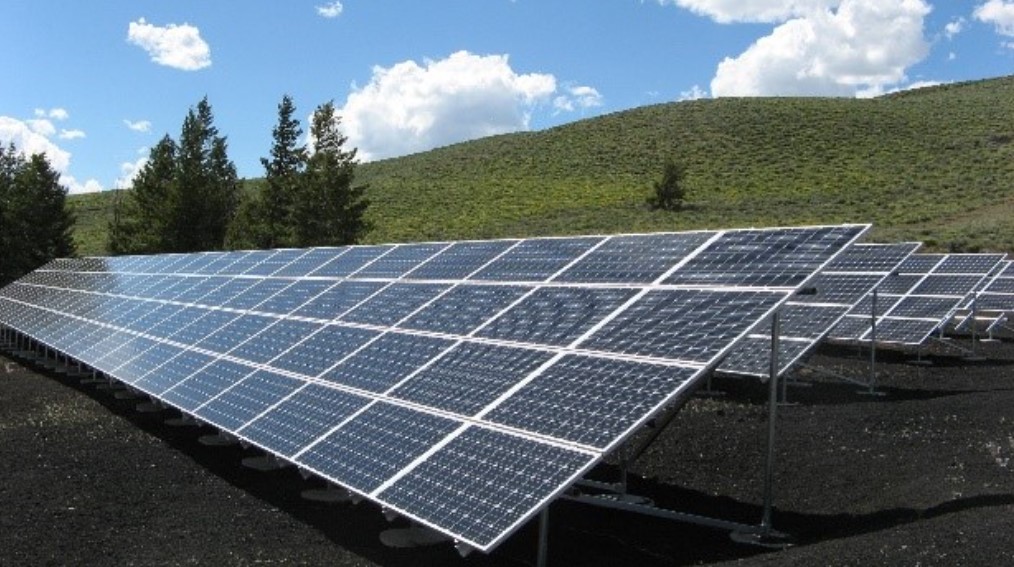 The semiconductor materials used in computer chips are employed to create solar panel cells. When sunlight reaches the cells, it dislodges the atoms’ electrons. Electricity is generated as the electrons float about the cell. Solar panels are used to capture the direct current (DC) produced by this PC charge which is then converted into Alternating current (AC). This current is used by home appliances in our homes.

How much do solar power systems cost?

The cost of the solar power system varies differently according to your consumption capacity.

For example, there are three different types of solar systems;

For several reasons, this type of solar system is the most common. It is simultaneously connected to the utility grid and your house. It does not contain a storage battery, because the remaining energy is obtained from the grid in the case that the solar energy produced by the solar panels is insufficient. In the reverse situation, you might sell your power company provider any extra energy that the solar system produces.

Contrary to the grid-tie system, the off-grid system is not connected to the utility company. It is an autonomous solar system whose energy is limited to the household or where it is installed. Solar panels are exclusively used as a source of energy in Off-grid solar systems. The energy produced by a solar system is either stored in the battery or used by the appliances at home. Simply speaking this type of solar system is cost-efficient as it needs more equipment to power.

A grid-connected solar power system with a battery backup is known as a hybrid solar power system. Although this kind of solar system is the most expensive, it has recently become increasingly popular. Batteries are charged with extra solar energy and then saved for later use. The energy from the batteries is used when there is a greater demand for solar energy compared to what the system can produce.

So, the question is it possible to build solar panels? Has a big yes, because you can get any build them anytime.

Some Advantages of Having a Solar Power System

Moreover, this energy is renewable and free and it only costs you money at the time of solar system application. Making the environment better is one of the cleanest sources of energy. If we talk about how long the solar panels can produce power? The answer is until the sun exists in the universe. The sunlight charges the solar plates and you can obtain power from them until they are not damaged. However, solar systems have very low maintenance. Thanks to brands that are providing grantees after the installation of the solar power systems.

Solar energy is clean and it will be beneficial for the whole planet. By using solar power systems, we can build a better world for our children and reduce carbon footprint.

Climate change across the globe has made people change their lifestyles. So, governments around the world have adopted clean ways to produce energy. Solar energy systems have long-lasting durability which makes them more cost applicable and easy to install. You can install any type of solar system according to your needs. Hence, renewable sources of energy can be considered effective to help climate change and produce clean energy.