Penetration Testing: What, Why, and How 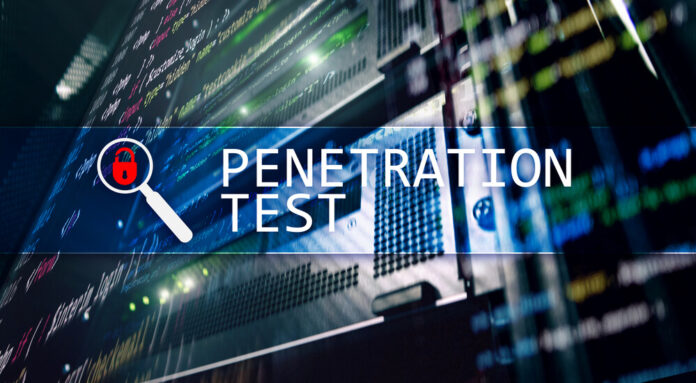 Have you noticed how quickly the world has virtualized: moved from real to cyberspace? That is why it is crucial to protect an information system from any illegal intrusion. And this can be reached due to conducting penetration tests.

The main goal of penetration testing is to indicate whether there are any shortcomings in the security of the information system. How do you find it out? By going through it as if you are a hacker or cybercriminal yourself, pretending you want to get unauthorized access to the IS (information system). The important aspect of it is that it has to be carried out by a proficient penetration testing company.

Why is this necessary?

Penetration testing allows you to get an up-to-date independent assessment of the security of the information system against external attacks, as well as to determine probable weak points and defenselessness in the IS security. The obtained information allows for predicting economic losses resulting from a successful attack to form a list of necessary works to improve protection and estimate the budget required for their implementation.

How do you get your results? The outcome of penetration testing is a report. This report comprises all the collected data on exposures and deficiencies in the security system that were detected during the test. These drawbacks could be applied to acquire illegal access to the information system. Moreover, established on the results of the pentest, a log is provided. This log is the set of all data on cyber attacks on the IS with the recorded execution time. Further, this record is used for the analysis of the company.

In plain language, the result of such work is a multi-level report with an analysis of business security concerning cyber threats and suggestions for eliminating threats and vulnerabilities. Experience penetration testing companies help clients create secure companies and products that minimize financial and resource losses in the event of a cyber attack. Ethical hacking services also include Internet of Things (IoT) security assessment, cyber training, and bug bash analysis.

Why do businesses need penetration testing?

Quite often, well-known companies believe that their internal information security team is skilled enough to handle any hacking attack. However, in practice, no one has got immune system strong enough to resist hacker attacks. As an example, let’s have a look at two examples of cryptocurrency exchanges, one of which conducted a pentest (penetration test), and the other one refused it.

Last September, the world was shaken by the news of a hacker attack on one of the biggest cryptocurrency exchanges, which is called KuCoin. As explained by the KuCoin team, the attack occurred due to the information leakage of the personal keys of the KuCoin wallets. More than 275 million USD equivalent was stolen in diverse cryptocurrencies.

In contrast to KuCoin, which did not conduct testing, Kuna exchange representatives conducted a pentest to test the product for vulnerability. As a result, vulnerable elements in the system were discovered at the early stages, thanks to which it was possible to avoid material and financial losses and theft of personal data. The company also went through a bug bounty program, which attracted more than 5,000 hackers from around the world, who helped the platform discover exposures that were not detected at the previous stage.

Thus, performing a pentest helped to dodge any loss of crypto-assets and the distribution of the personal data of customers. Guess that is an excellent example of why pentests are crucial.

What are the types of pentests?

At first glimpse, it may seem that penetration testing is always performed according to a single algorithm. Nevertheless, depending on the goals, there are several types of pentests:

What are the different types of test modes?

Apart from types of penetration testing, there are a few kinds of its modes. Based on the volume of information provided to the executor about the systems, one of the following test modes is selected:

In conclusion, it should be noted that the main benefit of conducting a penetration test is the strengthening of informational system security, namely:

That will separate critical security issues that require close attention from those that pose a lesser threat. And therefore, it will be possible to intelligently allocate financial and material resources to ensure IS security in those areas where it is most needed.