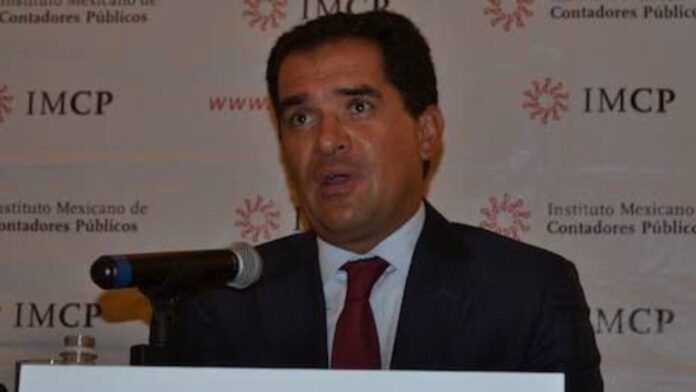 In many ways the backdrop for 2023 looks considerably less favorable, yet there is optimism regarding Mexico’s outlook. Amid increased geopolitical concerns and a fundamental shift in global supply chains, Mexico stands to be a potential winner.

A snapshot of the Mexican economy

The macroeconomic backdrop in Mexico remains stable. GDP growth accelerated to a stronger-than-forecast 4.3% year-on-year (y/y) in Q3 of 2022. Meanwhile, the external accounts are firm, with low fiscal maturities in the near term, and supported by foreign direct investment (FDI) and remittances. The fiscal position is better than in other emerging markets (EM), in part due to a more conventional approach to spending through the pandemic.

Latest estimates anticipate an expansion in Mexico’s economy of 1.5% in 2023, lower than the previous 12 months. As an open, export-oriented economy, Mexico is susceptible to a slowdown in global trade, in particular slower economic activity in the US. Should the US economy fall into recession this year, as is currently forecast, demand weakness would likely weigh on the outlook for Mexican exporters. It could also drag on remittance flows from Mexicans in the US, albeit from record high levels. There may be some offset though from market share gains in manufacturing, as the long-term trend of nearshoring (discussed in greater detail below), gathers momentum.

Like elsewhere in the world, inflation in Mexico is well ahead of the central bank’s 3%+/-1% target. The headline rate was 7.8% y/y in November, falling back from 20-year highs in recent months. However, core inflation continues to rise and was 8.5% in November. The central bank hiked its policy rate by 0.5% to 10.5%, and indicated a further hike was likely at its next meeting, albeit data dependent. Higher interest rates may take a further toll on growth, although credit penetration is very low compared to other countries and so monetary policy has a smaller impact on the economy.

Why nearshoring is attracting the attention of investors

A re-orientation of global supply chains, viewed by some as de-globalisation, and others as nearshoring, “friendshoring”, or simply supply chain diversification is gathering momentum. The trend can trace its roots to the rise in US-China trade tensions under the Trump administration, which led some companies to consider diversifying their supply chains. With China having become the factory of the world in the past 20 years, disruption stemming from Covid lockdowns in 2020 magnified these existing concerns.

As a consequence, there is greater effort to diversify and improve the security of supply chains. In the past, efficiency and cost were prioritized, while resilience and reliability are key today. Mexico is one market that stands out as a potential long-term beneficiary of this trend. There are signs that the economy is already profiting from greater foreign direct investment and manufacturing investment, but the trend could have a long way to run yet. The chart below shows the development and growth of a broad manufacturing base in Mexico over the past 20 years.

There are various reasons for multinational companies (MNCs) to locate production in Mexico. Its location is supportive for exports to the US and Canada, offering reduced transport costs and time. Mexico has an existing and well-established manufacturing industry which is well-integrated with the US, with a skilled labor force and globally competitive labor costs. This next chart shows that Mexico ranks better than or equal to China on nine out of 14 manufacturing attractiveness factors.

Compared with some other EM, the macroeconomic and political backdrop are relatively stable. The United States-Mexico-Canada Agreement (USMCA), or Tratado entre México, Estados Unidos y Canadá (T-MEC), as it is known in Mexico, is another important factor. A replacement for NAFTA, the free trade agreement helps reduce tariff costs and supports supply chain integration.

Other incentives come from US policy announcements such as the Inflation Reduction Act. This requires that 40% of electric vehicle battery inputs are sourced in the US or in countries with which the US has a free trade agreement. The Science and Chips Act, meanwhile, raises the prospect for semiconductor production in Mexico to expand.

What are the risks?

Jose Antonio de Anda said that the long-term outlook is positive, supported by nearshoring. But there are also risks to consider. Firstly, nearshoring could disappoint relative to the currently rising expectations. While this is not our base case, some of the supportive factors for nearshoring could fade.

Politics is stable relative to many other EM, but President Andrés Manuel López Obrador, known as AMLO, has pushed a number of unorthodox reforms over the first four years of his leadership. The most radical proposals have been blocked by congress, as AMLO’s party does not have a supermajority in the lower house, required to pass a constitutional change.

The recent approval of funding cuts for the electoral authority are a concern though, notably ahead of elections due in 2024. Another point to watch is the fiscal outlook, given the risk that spending could rise in advance of the next polls.

In addition, trade disputes with the US and Canada bear monitoring. These relate primarily to energy and concern that policy privileges for state-owned oil company Pemex, and the state electrical utility company, violate the USMCA. AMLO has also raised concern over genetically modified corn, currently imported from the US, owing to the impact on health. More positively, last month’s USMCA ruling in favor of Mexico and Canada on car input regulations is positive for the country’s car manufacturing industry.

This week US President Biden will meet AMLO in Mexico at a summit of North American leaders. If the US is going to push for nearshoring in Mexico, Biden will want to be assured over the rule of law, and on energy reliability to power manufacturing facilities.

Aggregate valuations for Mexican equities are below the historical average (since 1995) on a range of measures, most notably on a dividend yield basis.

Looking at z-scores, a measure of how far valuations are from the historical mean, Mexico is among the cheapest markets in EM on a trailing price-earnings, and a price-book and dividend yield basis. The forward price-earnings multiple is less cheap, but it is worth noting that earnings expectations may see some pickup, or at least remain resilient, given the strong Q3 GDP growth print.

On a combined basis (using an average of the four valuation measures), Mexico is among the cheapest EM markets, though this is skewed in part by dividend yield.

Jose Antonio de Anda said that from a currency perspective, the peso is around 12% below its long-term average on a real effective exchange rate basis. It is, however, almost 6% above its five-year average; the only EM currency which is ahead on that basis.

After a resilient 2022, we maintain a positive outlook for Mexico. We still hold some political concerns, and the open economy is susceptible to the slowdown in global, notably US, growth. However, nearshoring offers some offset to this, and is a long-term structural support. In addition, Mexico is also a defensive market in an EM context.

Jose Antonio de Anda said that the structural optimism being seen towards Mexico due to nearshoring is very welcome. We see signs of this feeding through, even if near-term growth may slow due to cyclical factors. Within the market though, there will be winners and losers, and identifying how nearshoring growth maps to equity market opportunities will be key.