What are the Electrical Components of a Robot? 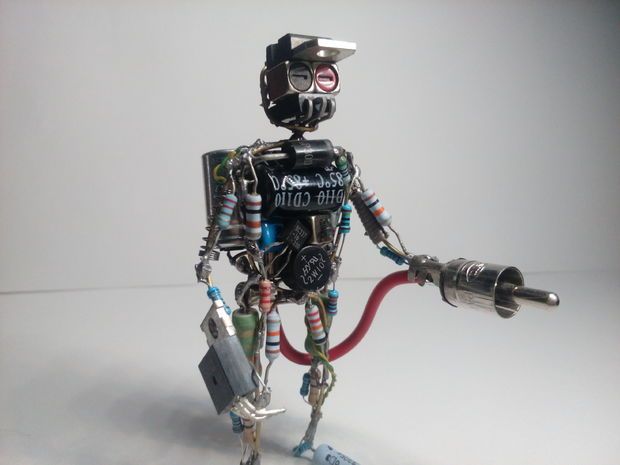 What do you think of when you hear the word “robot?” Most likely, visions of advanced machines performing unlikely and futuristic tasks come to mind. But what are the electrical components of a robot? Surprisingly, many of the same components found in household appliances are used in robots too. Let’s take a closer look at some of these parts and how they work together to create a functioning bot.

Electrical components of a robot

The electrical components of a robot are responsible for controlling many aspects of its function and movement. At the heart of any robot is the circuit board, which serves as the central computational hub of the system. A set of microprocessors are connected to this circuit board, enabling fast and accurate processing and storage of information.

In addition, dedicated motors control both actuation and regulation in the robot’s various joints and limbs, allowing it to move fluidly through various motions. Overall, the electrical components of a robot form the core foundation on which everything else is built, making them essential for its proper functioning and success.

A robot is a complex machine that contains many different components and subsystems. At the core of any robot is its engine or motor, which provides the power needed to move the various parts of the machine. In addition to generating high levels of torque, motors must also be lightweight and have a small footprint to fit within the constraints of a robotic system.

Other vital components of motors include commutators, brushes, rotors, gears, coils, and switching circuits. These parts provide power and control for a robot’s movement and other functions. Whether it’s controlling hydraulic arms or vacuum attachments, a motor is essential to any robot.

Sensors are vital components of any robot, and these susceptible devices allow robots to interact with their environments and collect valuable information about their world. Many different types of sensors can be used in robotic systems, including thermal, magnetic, touch, and accelerometer sensors.

One of the most commonly used sensors is a camera, which allows robots to process visual data and create sophisticated image recognition programs. Additional components such as microphones, pressure gauges, and gyroscopes provide additional information about the landscape and help to make a robot more adaptive and responsive to its environment.

Overall, sensors are essential for any functioning robot and play a critical role in allowing these machines to interact with the world around them.

To effectively interact with its environment, a robot must have a complex control system composed of various components. These components are responsible for gathering and processing information from the surroundings and guiding the robot’s movements and actions.

Some of these critical elements include sensors, which utilize either optical or force feedback to monitor physical changes in the environment; actuators, which consist of various types of motors that can be used to manipulate the robot’s body and limbs; a software framework, which provides instructions and algorithms for driving the robot’s behavior; and an interface module, which allows operators or users to issue commands.

Together, these components form the core control systems that power robots, making them essential for any robotic application.

Power is essential for any robot, as it enables the system to operate efficiently and perform various functions. Several components of a robot’s power supply play essential roles in its operation. The first component is the battery, which provides the necessary energy for sensing, calculation, and movement tasks.

Without power supplies that can generate and control electricity, robots would never be able to function autonomously or navigate the world around them. So if you’re building your robot from scratch, invest in a robust power supply component to help you bring your design to life.

Electronic robotics are fascinating machines that are becoming more and more prevalent in today’s world. To function correctly, these robots must be equipped with various electronic components that work together to provide power, control, and data processing capabilities.

Essential components of electronic robotics include motors, sensors, control systems, and power supplies. Each element is critical in enabling a robot to interact with its surroundings and carry out various tasks or functions.