Why Google Monopoly in Advertising Industry – You Should Know 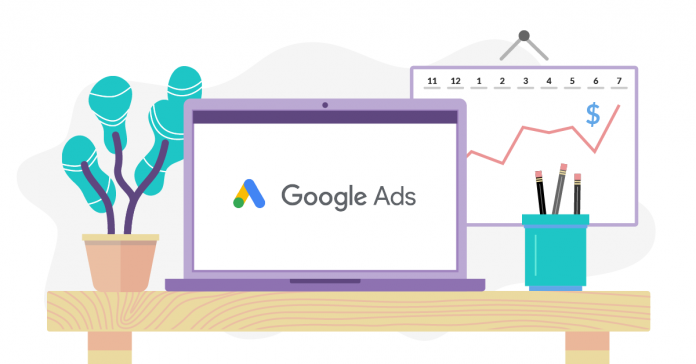 This list will go on and on. But what is actually Google doing? What is their goal in the long run? What were the Google founders Larry Page and Sergey Brin’s plans when they first started google?

This is a pretty long article about my thoughts about Google’s dangerous monopoly game foreplay.

Google Adwords has become a multi billion dollar revenue source for Google, and they wanted to make their shareholders happy quarter after quarter. Don’t get me wrong, I love google, I have always been a big fan since their launch, but just like any other corporation the interests started shifting at the Google Headquarters.

Remember the Apple Story, didn’t they have all the struggle after the shareholders wanted to see profits (and only profits). They lost their innovation in a way during the long trip. Even the co-founder, Steve Jobs, had to leave the company.

Google, with new additions, now let advertisers use different and more traditional media channels such as Newspaper Ads, Radio Ads, and with the video ads, I’m sure they have bigger plans to get into TV Commercial market. It’s all great, nobody is against them, they are expanding, they have the power, and they should cash in as much as they can. But recently Google has announced a new policy which made me rethink about Google’s position in advertising industry. Now Google says, if you BUY text links from other websites, they will punish your site.

If you look from SEO/SEM perspective they’re trying to stop the artificial backlink game. It looks very innocent, and many industry authority sites/blogs have supported Google’s thought.

Let’s also look at it from advertising perspective; They don’t want any competition. What’s the difference between buying links from Google Adwords Partners (content targeting), or buying directly from the websites? How many percent of the advertisers buy these links for their backlink value, as opposed to how many percent of them buy these links for their targeted ADVERTISING value. Let me explain this with an example:

Let’s say I have an ecommerce site targeting German People living in the USA, as an ecommerce site owner I really don’t care about the PR (Page Rank), I only care about getting targeted traffic to my site and converting this traffic to actual paying customers. Business model sounds familiar?, I use many online marketing/advertising methods and venues, such as Google Adwords (PPC), Yahoo Search Marketing, etc. There’s this newspaper which is in German language but only being published in the USA. Isn’t this a great venue for my business to advertise? Yes, of course. They have a great special to advertise on their website.

They have thousands of visitors to the website every day, and they are all PROSPECTIVE CUSTOMERS for my business. I pay them $X/month, and they put my text link on their site. Now Google says, no no no, you cannot do that. Why? No reason, we will penalize your site’s organic search engine results if you do that. We are small fish in the ocean, we cannot argue with Google, we will be like, ok big fish, we’ll do whatever you say, but please do not penalize my site, pleeeaasee.

Let’s take this action one step further as a thought (for now). What if Google says; If you advertise your site with Yahoo Search Marketing, then you will be banned or penalized at Google Organic Search Engine Results. They’re smart people, they can easily write a code to find the yahoo advertisers, and penalize them. But of course, they’ll never announce this. Webmaster community is full of smart people, they’ll figure out in a short period of time. And what? Most of them will stop advertising at Yahoo Search Marketing. Why? because they don’t have the luxury of getting penalized by google, and lose their Google Organic traffic.

Google decides where I should spend my HARD EARNED advertising money. It’s a free world, they don’t force me, but do I have a chance to lose 50% of my traffic (from Google’s organic results), of course not.

If you don’t call this a MONOPOLY, let me know the definition of monopoly…

Remember how Google became so popular worldwide. It was the word of mouth marketing, and it was the innovative products and ideas. One of the main reasons Google became so popular is people looked at Google like a non-profit organization. That’s the main reason why google had so many loyal followers. Please remember this, and also remember that there’s always upcoming smart people and products which you’ll need to compete. We are not against Google, nor against Google’s increasing profits, but playing the unethical monopoly game will only hurt Google.

I personally hope to stay as a Google Fan with the same native supportive and loyal feelings I had for Google before.

Does It Matter Where Your Digital Marketing Agency Is Located?